The Markets into the Chaos

The markets have been dominated by the elections and COVID. The future is clearly being dictated by what is taking place politically on a global scale. When we look around the world we clearly see that even the German share market is positioning itself as an alternative to bonds. The commodities are preparing for this wave and Crude Oil by no means is acting as they will succeed in ending fossil fuels. They will never replace jet fighters and bombers with electric.

Bitcoin has soared as a lot of young people are trading now to try to make money because they have lost jobs and employment is no longer so easy. They are the typical novice who has to learn from their first trade. December has been the ideal target for a high and it is a Directional Change as well. The long-term does not look promising but that seems to be because the governments are rolling out their own Digital Currencies in 2021 and there will be the risk that they seize cryptocurrencies and swap them into their own.

The stock markets still are positioned to be the receptor of capital as more and more begin to migrate from bonds to stocks. Real estate is still positioned to decline in urban centers and the great migration to the suburbs will only accelerate. You may not even want to be in the suburbs of major cities like New York as they chase the people out, they will expand their taxation beyond their borders.

We still see 2022 is a formidable target on so many levels. It has shown up as a Panic Cycle year even in politics which has not taken place since the Great Depression. There is no question that most governors/premiers are following the narrative of the World Economic Forum and their Agenda 2030. 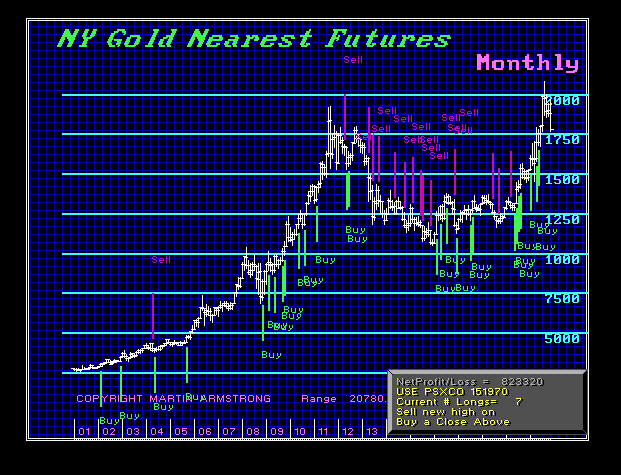 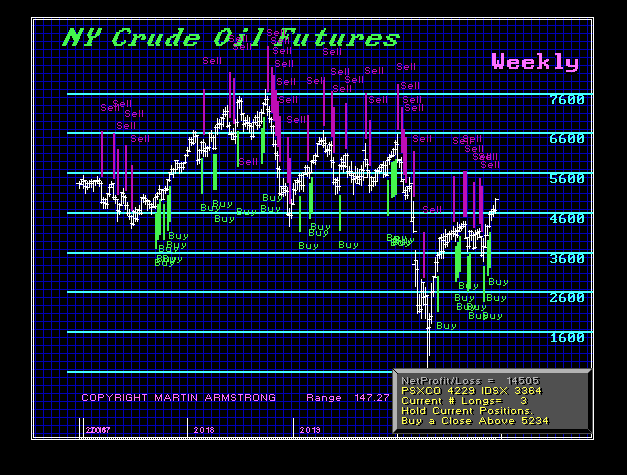 Meanwhile, Socrates has handled the market quite well from selling the very high in Crude before it crashed to buying the breakout of 1362 in gold back in June 2019. This is one reason why Socrates will beat even my opinion every time.

« UNCERTAINTY & The Future
PRIVATE BLOG – Do We Really Face Armageddon in Financial Markets? »