The Global Market Watch Forecast on the Dow 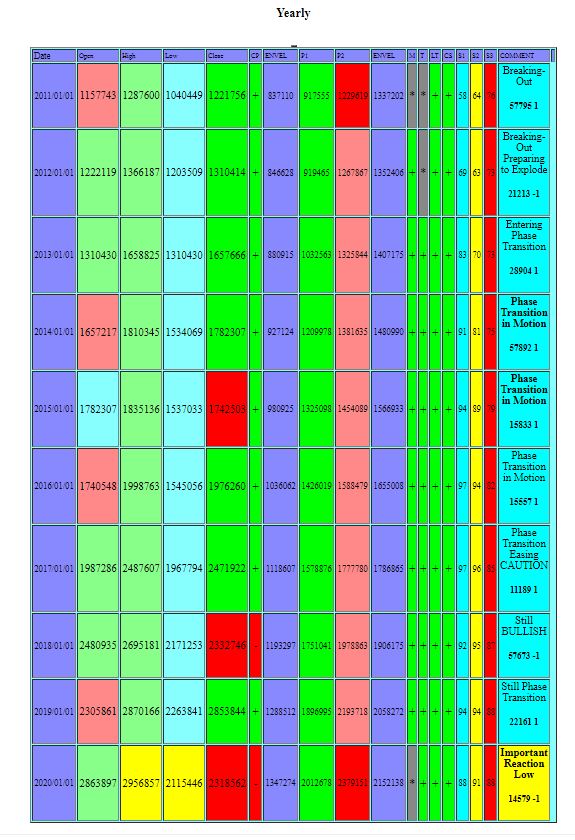 QUESTION: Marty; it all seems to be setting up for your forecast back to new high into 2022. Even the inflationary wave seems oddly reminiscent of 1979 with people hoarding toilet paper again. Is everything still on track?

ANSWER: Yes. As you know, the Global Market Watch is dynamic. So the yearly will change with the market. We have gone down enough in the Dow Jones Industrials for it to come up with a pattern that calls this an Important Reaction Low. If we go further, it may change to a Knee-Jerk Low.  I suggest following that in Socrates. The inflation was showing more between 2022-2024. The Silver/Gold Ratio was warning this was not ready to breakout.

The correction came in on a target from the ECM turn on January 18th, 2020. It was the 21st when Ray Dalio said “cash is trash” which was perfect. The target we gave back at the WEC in October for the correction in January was a minimum correction in the Dow to 21600. So that has been met and now we are fooling around with the Monthly Bearish Reversals below that target.

Ironically, the more pronounced the decline, the higher the probability for the slingshot. You need to create that energy. Government bond markets are collapsing so the traditional flight to quality is a dead issue. There is a panic to dollars right now. This is rising as fears over canceling currencies in Europe and bank holidays.