There was an old SciFi film from 1973 which predicted food shortages in 2022. The answer was to turn human bodies into Soylent Green and tell the people this was processed food. The fear back then was that the world was on the Eve of Destruction, as was remembered in the hit song from 1965. 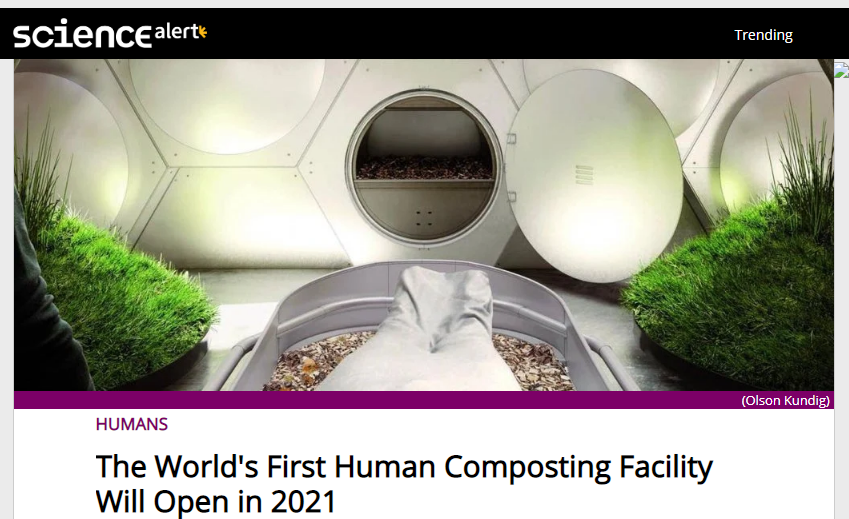 Now the idea is to turn dead bodies into compost. I wonder if the super-rich will agree to this idea? Bill Gates, Zuckerberg, Soros, and Dorsey might not be remembered if they become fertilizer for the food supply.