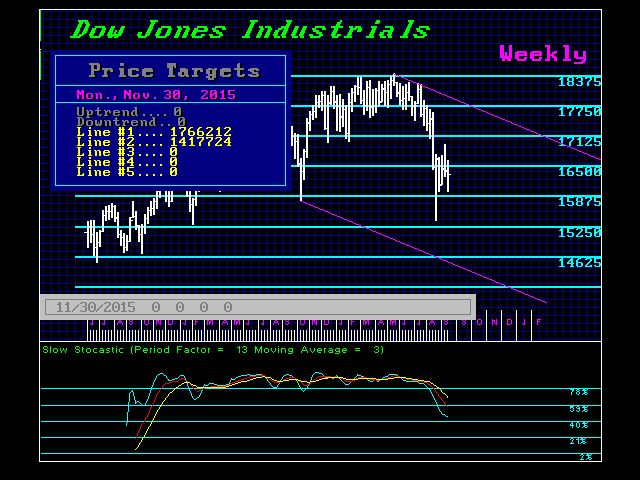 The jobs number came in sharply lower than expected. U.S. employers have not been hiring over the last two months and wages fell in September. With the 2015.75 turning point, we should begin to see declining economic numbers; a closing on the Dow below 15970 today will warn of a retest of the August low.

The weak jobs number is now raising new doubts on whether the economy is strong enough for the Federal Reserve to raise interest rates by the end of this year. We are starting to see that higher rates are linked to stronger economic growth. Rate expectations decline when the economy declines. This is the real view of interest rates and their relation to the marketplace.

If the August low of 15370 gives way, we will head to that slingshot move where we will first move down and trap everyone bearish to provide the fuel to rise again, which is initiated by short-covering.

« Real Estate and the ECM
Gold & the Dow – Looking Ahead »