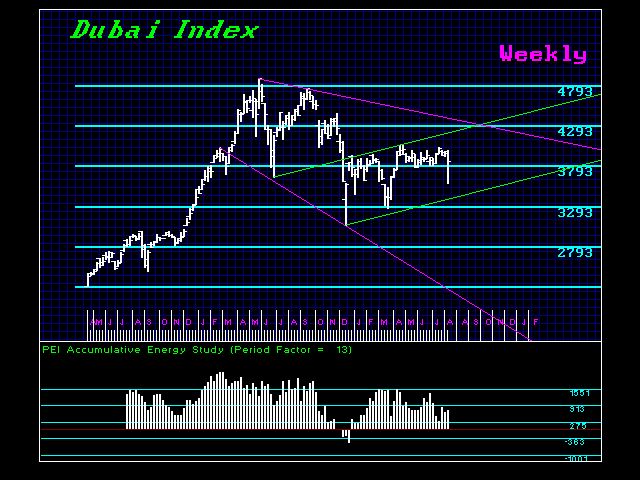 The general perception that Middle Eastern countries are flush with cash and deliberately try to keep oil down to harm Iran when it begins to sell is rather childish. Budgets rose and became bloated. Gasoline prices even rose in the United Arab Emirates (UAE). Dubai stocks fell to the lowest in more than two months, leading to declines across most markets in the Middle East. The rout unfolded after the UAE’s biggest listed property construction company reported a third straight quarterly loss. It appears that our real estate model is calling for a more general high on a global scale in 2015, which appears to be correct at this time from Europe, USA, off to Asia, and the Middle East. 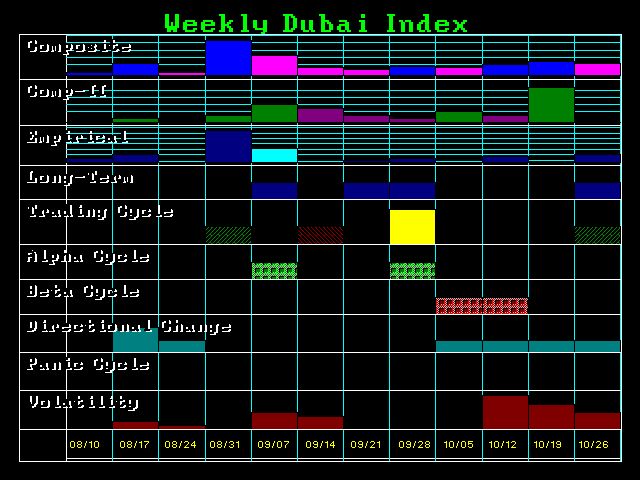 Our Weekly Bearish lies at the 359530 level, followed by the Major at 312727. The critical level is defined by the Monthly Bearish level at 338810. A monthly closing beneath this level on a monthly basis will warn that the 2014 high will remain intact and a decline into 2016 is likely. This week is a Directional Change, so caution is advised.