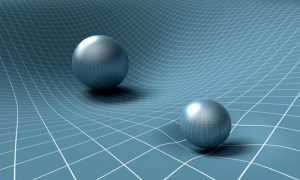 QUESTION: Mr. Armstrong; It has dawned on me studying Einstein’s General Relativity, that the two of you reached the same realization from different fields. Newton’s laws of gravity were turned upside down by Einstein who rejected Newton that there was a linear formation to space. Einstein came up with the fact that space was curved and that time and space were linked so that time was not the same throughout the universe. In reading the few chapters on the Geometry of Time you handed out at I think was the 2011 WEC, your entire process is also linking the curvature and time albeit from a different observation than Einstein.

ANSWER: According to Einstein’s theory of general relativity, massive objects warp the spacetime around them, and the effect a warp has on objects is what we call gravity. So, locally, spacetime is curved around every object with mass. However, what led Einstein to his discovery was the question of free fall. Before I had ever read Einstein, I was probably about 12 years old and I fell out of a tree and over a cliff falling probably a couple of hundred feet. I was lucky and it was Fall so at the base of the cliff was a mountain of leaves. The leaves broke my fall but my teeth nearly came through my bottom lip. The wind was knocked out of me and my nose was bleeding. I went to my friend’s house nearby and finally got my nose to stop bleeding. I kept tasting blood. I opened my mouth and saw the injury and only then did it start to hurt. It was a good 30 minutes. I went to the hospital and they stitched me up.

Two things dawned on me that day. First, I asked why did my mouth not hurt until I saw I was injured? Secondly, when I was falling, I did not feel like a dead weight, but I felt like I was flying – weightless.

Because of that incident, I came to realize that there was some truth to the saying what you do not know, can’t hurt you. But it also gave me insight into what Einstein was talking about. In the middle of a free fall, you feel weightless as if gravity has canceled itself out. Actually, Aristotle first tried to reason that a heavy object will fall faster than a light object in a free fall. He was incorrect. Galileo was the first to actually get it right. He realized that a falling body picked up speed at a constant rate. Galileo also made the observation that in a vacuum, all bodies fall with the same acceleration. That was a truly astonishing idea. That experiment was carried out on the moon with a hammer and a feather. They both fell to the ground at the same time. 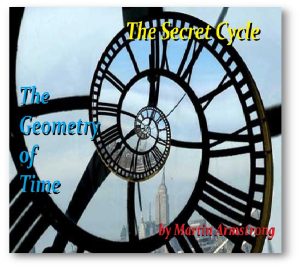 Yes, these things influenced me in seeing what I called the Geometry of Time in how and why do trends unfold and what are their durations? Was there a constant force at work, or were there patterns of time within time? This is an extremely complex subject. Far too much for a blog post. I will publish that work in 2020.