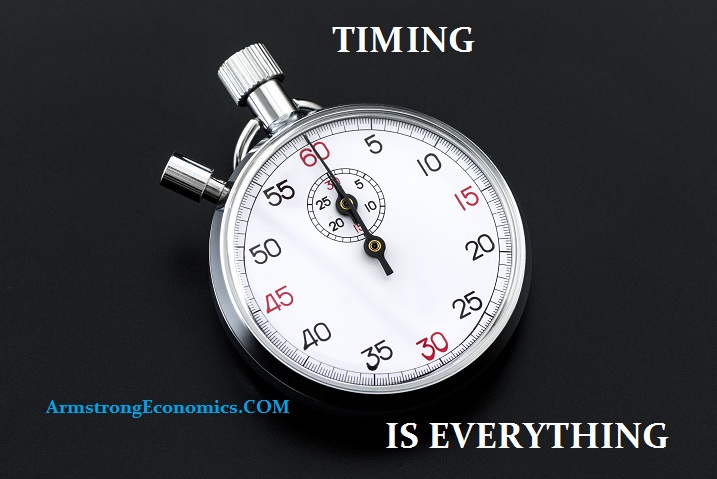 QUESTION: Mr. Armstrong; Did AIG use the Black-Scholes Model and that is what created the crisis again in 2007?

ANSWER: No. It’s my understanding that AIG developed different models, they called a “Value-at-Risk Model,” (VaR) which used a binomial-expansion-technique to start valuing their positions. I believe the original model was developed at Moody’s. However, like the Black-Scholes Model, it too lacked depth. In model development, it is extremely complex.

Virtually every model created tends to be predominately flat with a minimum of dynamic variables lacking understanding of TIME. Then the testing period lacks the database reflecting all conditions. In the case of Black-Scholes, they back-tested only with data to 1971. If I created a model with only data from 2009 forward, then it would be biased to presume a bull market is normal in the stock market.

The Value at risk (VaR) model is a measure of the risk of investments. It estimates how much a set of investments might lose, given normal market conditions, in a set time period such as a day. VaR is typically used by firms and regulators in the financial industry to gauge the number of assets needed to cover possible losses. It obviously failed in 2007-2009 because once again it was not a “normal market condition” for it fails utterly to understand CONTAGION when sound assets are sold to raise cash for other assets that collapse. The assumption of the model is its own nemesis.

For example, if a portfolio of stocks has a one-day 5% VaR of $10 million, this actually means that there is a 5% probability that the portfolio will fall in value by more than $1o million over a one-day period if there is no trading. Therefore, a loss of $1o million or more on this portfolio would be expected on 1 day out of 20 days given a 5% probability. A loss which exceeds the VaR threshold is termed a “VaR breach“.

So you can see, such models are incapable of determining TIME and as a result, they will always fail during a CONTAGION that they cannot see coming.

This is why the bulk of portfolio models fails during a financial crisis. This is also why some of the top Institutional portfolios come to our firm because they have realized that only TIME determines the success of any model and making broad assumptions of probability have ALWAYS failed. If you cannot model TIME and CONTAGION, you will be wiped out during a crisis and VaR will fail just as Black-Sholes.