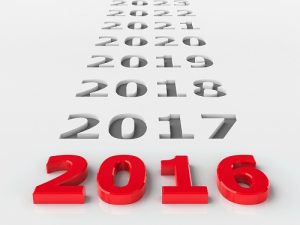 The year 2015 was 13 years up from the 2002 low in the stock market following the DOT.COM bubble. That low was rather significant for many markets have yet to exceed that 2000 nominal high, such as in France. This has warned, as was the case in gold from 2011, that a correction became possible. Simultaneously, we see the collapse of socialism on the horizon and this does not speak well for the markets from a traditional pattern expectation. 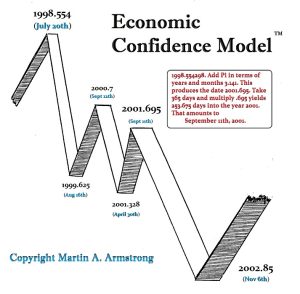 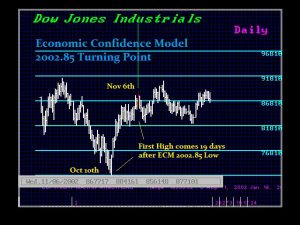 The 2002 low that followed the Economic Confidence Model was rather significant. Therefore, the computer’s warning that a false move could unfold at this time following a 13-year high was indeed something to pay attention to. On the way up from 2011, we warned that the Dow would lead and then pass that position to the S&P 500. That took place as we entered the 13th year. We also see this lead unfolding on the way back down.

We are still witnessing the traditional reaction here as if this were just another normal change in long-term trend. Gold has rallied at last, reaching the first important resistance in the 1208-1209 range as if the collapse in the stock market will bring about the end of the world. Short-term rates are still imploding as governments are clueless on how to manage the economy. They are blind to the impact of negative rates and are trying by sheer force to “stimulate” borrowing when there is no confidence in the future, as demonstrated by the polls with Trump and Sanders in the lead against career politicians. All this insanity is doing is collapsing pension funds and wiping out the savings of the elderly — for what? To get people to spend and others to borrow to create small businesses to hire the unemployed youth as you hunt desperately for money to tax or confiscate? 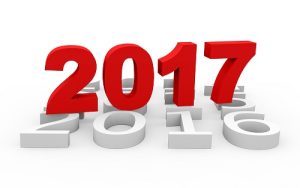 This is the classic FALSE MOVE that will get everyone off-side in preparation for the collapse in government as we head into 2017, which will be the year from political hell. There is no possible scenario one can find in history to support an outcome where gold would rise and everything else would crash. The propaganda of the gold promoters, who always have some conflict of interest such as involvement selling or mining gold, is really indistinguishable from some religious cult handing out pamphlets or flowers at an airport. There is no objectivity in this analysis whatsoever. 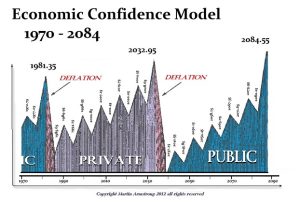 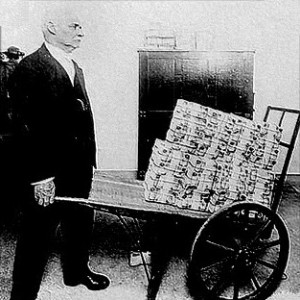 While they tout the German hyperinflation and the theory of the quantity of money being the key to inflation, they remain confused in their thoughts and miss the entire point offered by history. There is a cycle to absolutely everything from your brain waves and the beat of your heart to mood swings to the seasons, and the manner of how light and sound move with the ultimate cycle of life — we are born, we live, and we die.

The entire point of the German hyperinflation was the collapse in the confidence of government. That was the character of the wave which peaked in 1929.75. We called it the Roaring ’20s. The confidence resided with the private sector and distrust of government was the hallmark of the era. The Revolutionary government defaulted on the national debt of the former government so nobody trusted government or banks. They were reduced to printing money for nobody would lend then on cent. 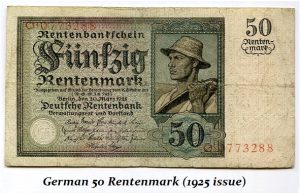 The net result of the German hyperinflation was NOT that only gold rose in value, but ALL assets rose in value. In fact, the currency which replaced the hyperinflation paper was backed by REAL ESTATE, not by gold. This incident offers a guide to what we face on the road ahead. It shall NOT be a world where only gold rises at the expense of everything else. We are heading into a major crisis where the only thing that will survive the transition to a new world currency (that is coming as early as 2018, but probably by 2020) will be private assets. Real estate can survive but its lack of mobility is a disadvantage. You never want to own property in the path of a potential war. Antique cars have done well, but here too, they are less movable than art, coins, or stamps. After World War II ended, all the rare coins and stamps of Europe were located in the United States as evidence of the fact that they served a purpose of moving wealth from one continent to another. 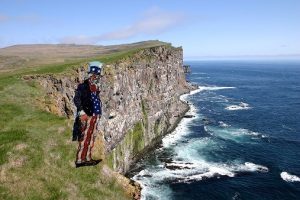 We are standing on the edge of a cliff thanks to lawyers who want to be politicians who assume they can rule the world by just writing laws to benefit themselves and their friends. We are facing a collapse in the CONFIDENCE of government that first necessitates the FALSE MOVE to get everyone off-side, then we will swing in the opposite direction in what we call the SLINGSHOT move. This is driven by the fact that when people realize government has been incompetent, then capital will turn and begin to move to anything tangible. This is the lesson from history we must understand rather than getting caught up in the bullshit that is spewed out by the talking heads and gold promoters. So get ready. This is going to be the ride of your life, for indeed, getting this right may separate princes from paupers, besides being the time that tries men’s souls.

This is NOT a time for conflicts of interest to taint analyses. All the investment banks paid big fines for putting out false information on DOT.COM stocks that they had interest in. You CANNOT be an analyst if you have a vested interest in that which you claim to be an analyst. It is just humanly impossible, even if you have the best of intentions. It is traditionally called in the industry – TALKING YOUR OWN BOOK.

« The Dow – Down & Dirty?
Opening Pivot Points for Tomorrow »