The Cycle of Disease – It’s Just our Time 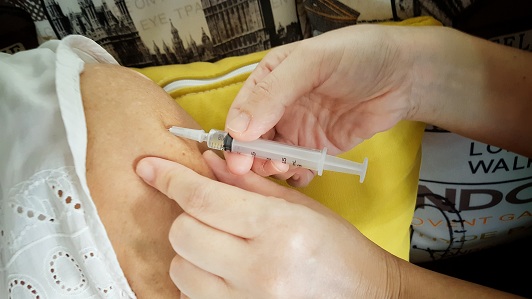 It’s interesting, since your post on Madagascar and the pneumonic plague, I have Surveilled a site dealing with medical news once a week. What’s really interesting is the resurgence of older well-known entities such as cholera

Zambia has been hard hit with over 2000 cases of cholera with close to 50 deaths. The university is closed as well as other institutions. It has migrated from the urban areas to the suburban areas. The armed forces have been called out to help. Tanzania has shut its borders with Zambia due to this. Kenya has had 4 kid cases of hospitalization.

Influenza strains are hitting geographic regions. The H3n2 is has hit Australia very hard and is currently hitting the UK. The US is also being infected. India has the H1N1 variant hitting them hard.

The avian flu has led to the culling of birds in the Middle East particularly Egypt and Iran. Saudia Arabia just had 6 new cases. Russia and Swiss poultry also have cases.

China has Influenza B hitting them hard but cannot confirm type nor number of cases and comparison numbers.

When it rains…. it pours.

REPLY: The influenza virus changes its genetic makeup every year and complies with guess what – cyclical analysis! This constantly changing virus presents a cyclical challenge to medical science, and consequently, this makes it impossible to create a single vaccine to prevent the disease for life. The World Health Organization (WHO) and the Centers for Disease Control and Prevention (CDC) monitor each new strain of influenza virus as it appears. They gather data and then try to predict which may be the predominant virus in the following year’s flu season.  Scientists then use this data to develop a vaccine each year against the specific virus they predict will predominate. Sometimes they are correct, and sometimes they are off the mark.

The virus known as influenza is a master at evolving to elude the human immune response by mutating so quickly that it soon becomes unrecognizable. We are actually at war with this virus which is mutating to survive and beat us at our own game. There are actually several active flu strains in the world that run around. Each year, we try to evaluate which strains of flu virus are predominant in the United States and change the vaccine recipe as necessary according to this cycle in nature. The accuracy of the recipe determines how effective that year’s vaccine will be.

Make no mistake about it, this is nature’s way of thinning the herd. We can give it our best shot at trying to combat disease, but it responds to our actions and mutates. This is simply a war with nature determined to win.

Back in 2009, the flu in the United States became a pandemic.  It was a novel strain of the Influenza A/H1N1 virus, commonly referred to as “swine flu“, that began in the spring of 2009. The virus had spread to the US from an outbreak in Mexico. I suppose we probably could put the various strains into our computer and it might very well be able to predict which one will be dominant since it is cyclical in nature. It would be an interesting experiment rather than just forecasting the overall cycle.

The Weekly Influenza Surveillance Report put out by the CDC shows this season it is widespread throughout the country. This is also a 13-year cycle. This year the flu has reached an epidemic level the worst in 13 years on schedule. It is so bad it has resulted in a shortage of IV bags because Hurricane Maria made landfall in Puerto Rico on September 20 and amplified the IV bag shortage since that is where much of the supply comes from. Puerto Rico produces more pharmaceuticals by dollar value for the nation than any of the individual 50 states or any foreign country. It is the major supplier of these IV saline bags. So we have the hurricane combining with the cycle in influenza and we get a new conspiracy theory of nature out to get us I suppose because of Global Warming.

« Did the Migration into Europe Bring New Diseases?
Adapting Machine Learning for Medicine »