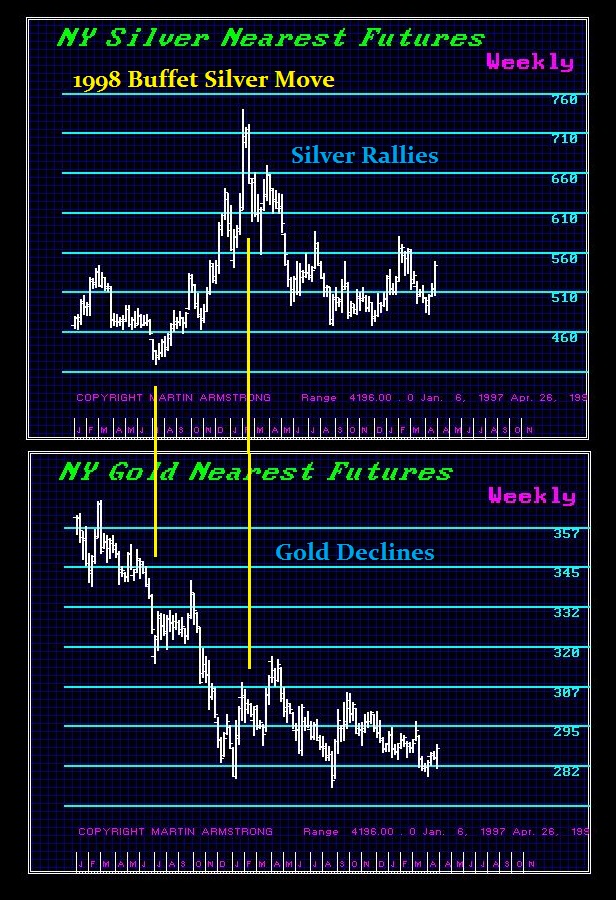 QUESTION: Hi Marty,
I have read your blog every day for years and you really appreciate the behind the curtain look at the world. You mentioned that gold is not manipulated which I can understand. My question is if the Silver market is really manipulated or not? I read that JP Morgan has been fined many times for just that. You have mentioned on multiple occasions that once the metals are ready run that silver will out place gold. Will the Liquidity crisis set this all into motion?
Thanks,
NEF

ANSWER: They can “manipulate” any market within the trend. What they cannot do is make a bull market out of a bear market or vice versa because EVERYTHING is connected. You cannot have gold trading for $100 more than it does in Shanghai compared to New York, it will be quickly arbitraged. So to be very clear, what I am talking about is a sustainable reversal of trend counter to everything else in the world. I went head-to-head against Buffett during his last and final attempt at commodity manipulation thanks to PhiBro.  This is what I am talking about. They moved the silver from New York to London and had the fake news talk about a shortage in silver to jack the price up. They were only looking for a rally to $7 and then they sell it to the retail crown once again. 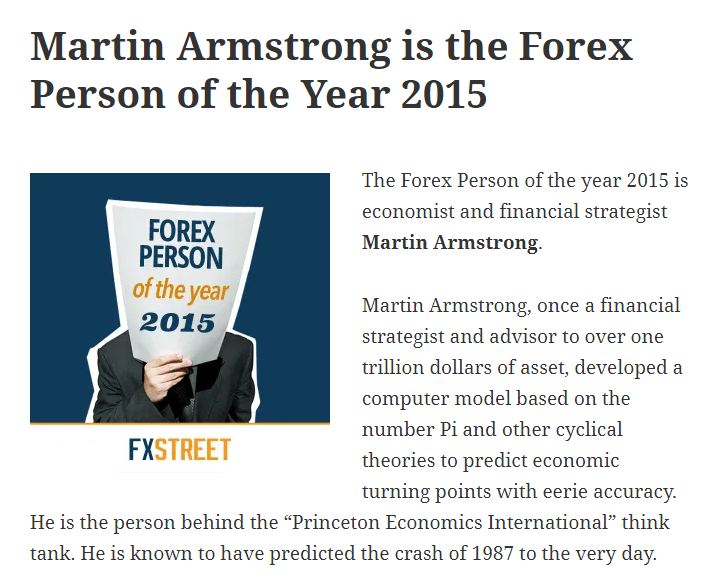 I know the gold bulls hate my guts because they want to always say gold is manipulated. NOTHING is systemically manipulated for decades. The only time that has taken place is governments imposing controls of fixing currency values. Even that never can be sustained. I was named FOREX person of the year because I had forecast when the Swiss peg would collapse. I even met with the head of that operation for the Swiss central bank. I warned him the peg would crack a few weeks prior. He said they could hold it and I replied nobody has ever been able to fix a currency against the capital flows. The peg broke. The same was true in the 1997 South East Asia Currencies Crisis where the pegs broke. I was called in by the central bank of China on that one. Then there was the British pound peg to the ERM that broke and made Soros a billionaire.

I have been around with all of these attempts to manipulate. NEVER has it ever been able to be sustained against the trend. Yes, they can get a blip. But never have they been able to change the long-term trend. The manipulations that they have often been fined over as in LIBOR  is they know ow where the stops are and they push the market to elect them. But that is not changing a bull market into a bear market. That is often involving front-running.