Is the Vertical Market Over or Just Beginning? 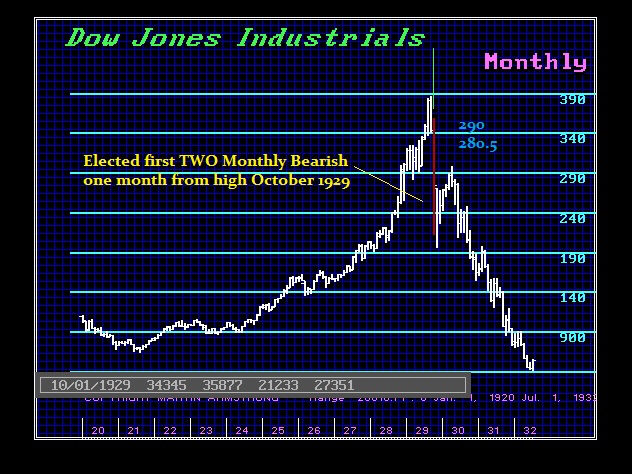 QUESTION: Thanks for the update. So it looks like the Vertical Market in the Dow will extend into the end of this cycle 2032 as you warned it could do. Correct?

ANSWER: It appears to be shaping up that way. The consolidation has been shallow and nothing to get excited about. If the January high was it, then you should have made a major thrust downward by now certainly electing Monthly Bearish Reversal within the first three months. To judge the extent of a potential decline, the key is to watch HOW FAST does a market elect Monthly Bearish Reversals or Bullish for that matter. This is how to gauge the tone of a market. If we look at 1929, it elected the first TWO Monthly Bearish Reversals in just one month from the high. That was obviously a signal that this was going to be a protracted decline of MAJOR importance. 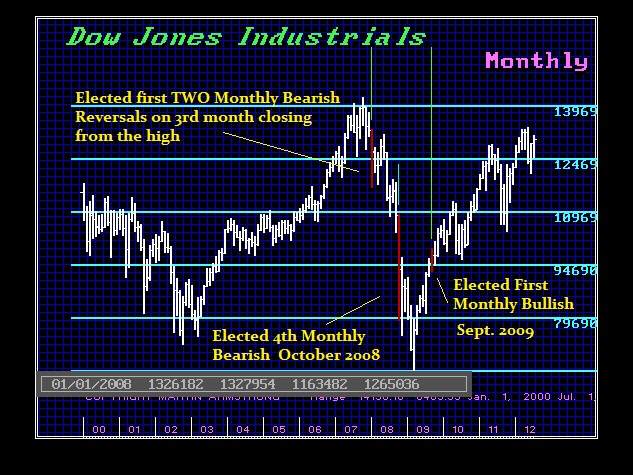 Now, let us compare 1929 to the 2007 Crash which was dramatic, but not anything close to 1929. We did elect ALL FOUR Monthly Bearish. Here we also elected the first TWO Monthly Bearish at the same time 3 months from the high. We have not elected anything on this consolidation no less even reached the Monthly Bearish. Then coming out of the low, it took 6 months to elect the first Monthly Bullish Reversal. 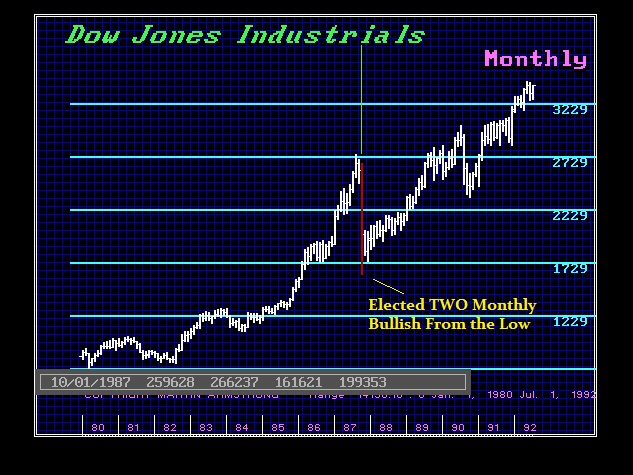 Now let us look at the 1987 Crash. People thought I was nuts when the very day of the low I came out and said that was it, the low was in place, and we would make new highs by 1989. Yes, this was all confirmed by the Economic Confidence Model. The low was precisely that day of the ECM and the next target was 1989.95 which was the Bubble top in the Nikkei. But this was NOT THE ONLY confirmation. We elected TWO Monthly Bullish Reversals at the close of October 1987. Hopefully, you can see that this was NOT a personal opinion call. We can see that we elected the Monthly Bullish right then and there. This is what I mean by how fast reversals are elected determines the type of trend move we get.

I love the idiots who so immediately are always trying to find something they can claim I am wrong about. They try to attack me like 99% of the analysts out there that offer just their opinion. The mere fact that they say – oh you are wrong, the Vertical Market is over, demonstrates that this type of person is INCAPABLE of ever learning anything because they are desperate to prove me personally wrong rather than become a student of the market. We are on a journey here to understanding how everything moves. These people are obsessed with trying to disprove something because they are not capable of understanding the free markets in the slightest. This is not about me being right or wrong. Nobody is ever right personally in life all the time. Everyone has opinions and everyone is wrong from time to time. We only learn from our mistakes – never our victories. So such comments simply reveal they are not really worth talking to for they cling to their beliefs and are incapable of converting.

The model is objective. That is the best way to approach this not opinion. The forecast was for a January high following be “consolidation” which is exactly what you call this. We have not declined to test the Monthly Bearish and we would have to close BELOW 21600 on the Dow on a Monthly Basis to imply a short-term correction will be sustained even briefly. 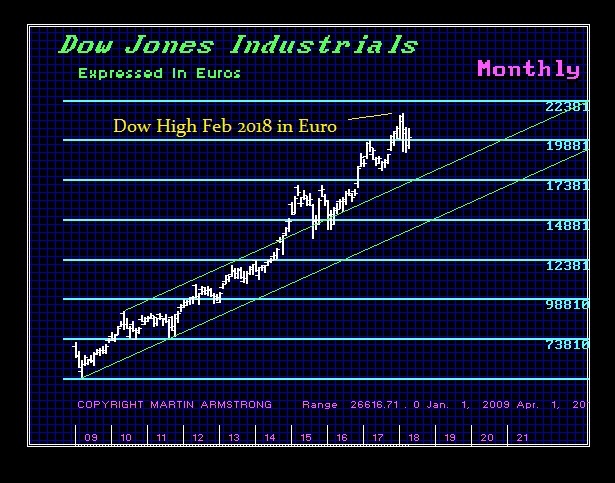 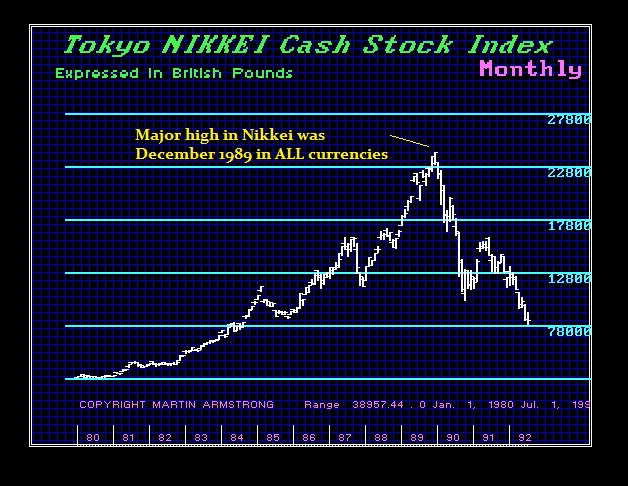 What these type of people are oblivious to has always been the global economy. One major rule is simple. Usually, major highs are highs in terms of ALL currencies. Here we have a divergence once again on a global scale. The high in the Dow in Euros took place in February – not January.

Clearly, is the Vertical Market over? No way. There is no other choice for capital but to move to equities when (1) bonds crash, (2) confidence in government declines, and (3) the rise in interest rates send everyone’s budgets into high gear for automatic expansion.

Obviously, the people who are incapable of comprehending what is at stake here will be the source of profits for the rest of us. That is simply the way it goes. So smile, shake their hand, say oh you are right and thank you for being there when I need to trade against someone. Remember, we ALWAYS need the exit on a trade and that means if we will sell the high or buy the low, there has to be someone on the opposite side to sell or buy. That is the blunt reality of trading. So convert those who are with an open mind and seek to learn. Those who want to disagree just say thank you for being there when we need you the most. Don’t worry, they will not understand what you mean. Many like to see themselves as victims and paint their mistakes because of a great conspiracy against them. Don’t feel sorry for them. They just need to slepp with the light on, look in the closet, and check under the bed before they go to bed. It’s their nature – that’s all.