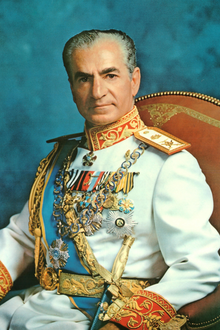 “He is remembered for publicly stating that Israel should be wiped off the face of the Earth.”

Although he is indeed remembered in the West for ‘saying’ that, the truth is that phrase was a gross mis-translation of what he did say in Farsi. Just a simple lie. I don’t think you should be party to the perpetuation of a lie.

And, with Pahlevi, his ‘claim’ to the throne was problematic. His father was not an aristocrat and in fact was installed by the British. Real granular knowledge of history is useful, don’t you think?

REPLY: My piece on Iran does not support either side. I am fully aware that I am well read in Iran. The question was simply about the cycle of political change. That does not endorse the claim to the Throne under Mohammad Reza’s reign, marked the anniversary of 2,500 years of continuous Persian monarchy since the founding of the Achaemenid Empire by Cyrus the Great. That took place on the 12–16 of October back in 1971.

He revised the calendar making the benchmark the beginning of the First Persian Empire, measured from Cyrus the Great’s coronation. He introduced the White Revolution, which a series of economic, social and political reforms designed to transform Iran into a modern global power. He offended the religious conservatives by granting women suffrage.

I fully appreciate his claim to the throne is disputed and he was only the second of the House of Pahlavi and thus the conservatives dispute his heritage to the throne. That is not my concern. Like Trump, our model forecast the 2016 election back in 1985. Trump appeared and read the people’s discontent and beat 17 Republicans to their shock. It was not Trump the person, it was just being there at the right time. If it was not Trump, it would have been someone else. The cycle was turning – plain and simple. 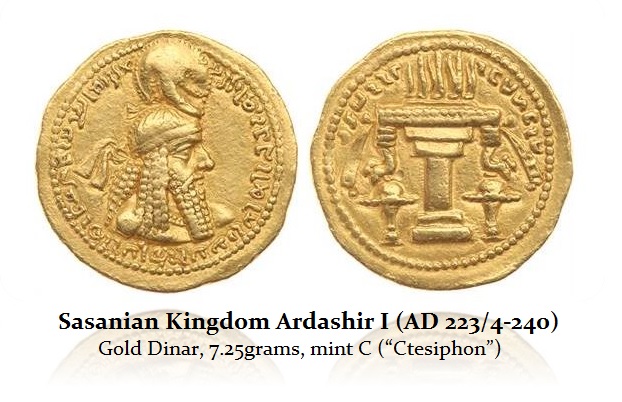 There is a 26-year cycle that is quite dominant throughout Iranian history. There have been many revolutions that have often centered even on religion. The Sassanid Shâhs (Great Kings), 223/4-651 AD is a classic example. The Sassanids replaced the Hellenophile Parthian dynasty, with the program of deliberately reviving the Zoroastrian Achaemenid Persian Empire, aspiring to recover all the former provinces of the Achaemenids (Egypt, Syria, Anatolia). Zoroaster was the predecessor to Christianity and the source of the story of the Three Wise Men.

Zoroaster was a prophet whose teachings were the religious foundation of ancient Iranian-speaking peoples. This became the religion of Zoroastrianism, which is often considered to be the first world religion. It is still practiced by a tiny population. There are approximately 11,000 Zoroastrians who live in the United States, 6,000 in Canada, 5,000 in England, 2,700 in Australia and 2,200 in the Middle East. Mumbai, formerly known as Bombay, was actually the world capital of Zoroastrianism. The  Sasanian Revolution was all about restoring the old religion. The 1979 Islamic Revolution was similar in overthrowing the Shah to reestatlish an Islamic State.

From that birth of the Sasanian Kingdom in 223/224BC, the 26-year cycle brings us precisely to 2017/2018 (cycle #69 from that revolution). Hence, I am looking at this less from a political standpoint of supporting either side in Iran, where we have a lot of readers I know, but from a purely cyclical viewpoint.

I have no interest in promoting any religion for that to me is a personal choice.