QUESTION: Good Morning,
If we take the statement “History repeats because human nature never changes” it would suggest that the human nature cycle will never reverse. That in itself does not track. If everything is like a pendulum, shouldn’t it swing back around to where human nature can and will change?
And a lesser 2nd question to that end, if human nature did change how would that affect Socrates’ forecasts 🙂 ?

ANSWER: Human nature will never change insofar as we all have personal feelings — we can love or hate. That said, we are also influenced by mob behavior. The experiments of Stanley Milgram show that people would torture another if ordered to do so. He called his discovery, Obedience to Authority. 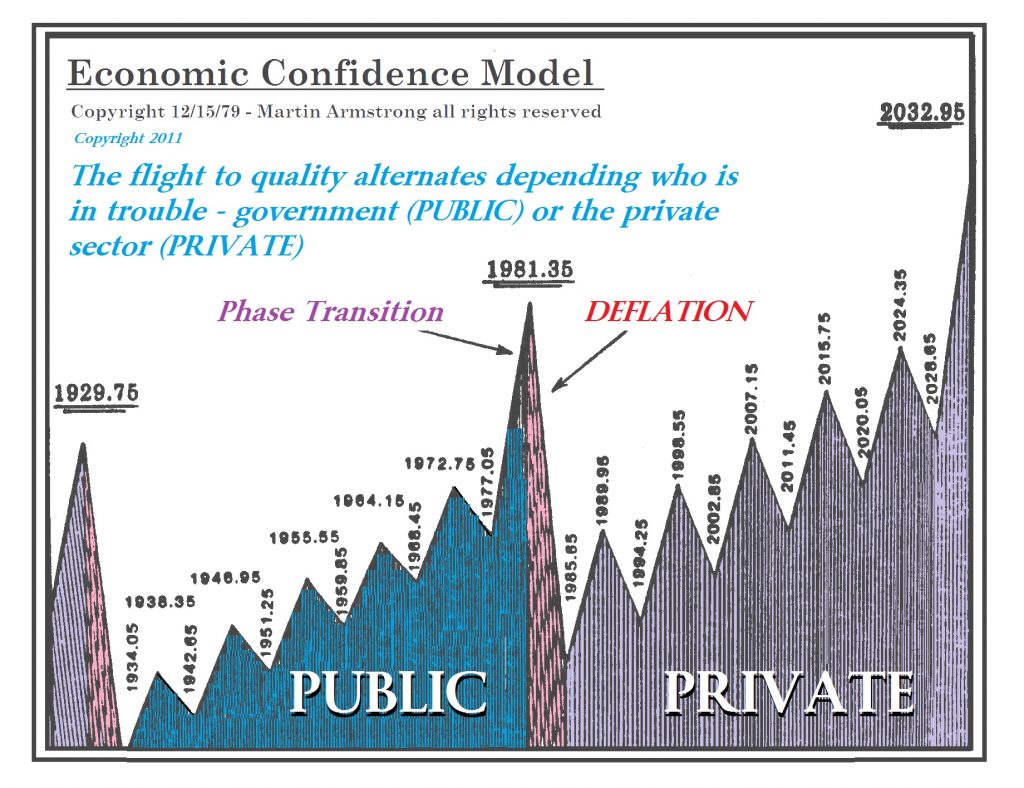 That said, society swings back and further between public & private confidence. People canceling anyone who has ever said anything, even 30 years ago, is the swing of the pendulum excessively to the left. The swing is based upon the “sheep” who can be herded and they will move back and forth depending upon their influence. That does not negate that we still have within human nature the battle between good and evil. Therefore, every government in history has collapsed because human nature swings back and forth.

Socrates is NOT HARD-CODED to follow some specific predetermined outcome. It adapts to the changes in trends. It is truly Artificial Intelligence, not some neural net or expert system that looks up the predetermined answer.  All I did was teach it how TO ANALYZE and then set it loose on the world. This is a very important point. I was interested in discovering how the world functions. I did not create a program to merely report what I wanted it to say — I am not the government!

This is the real deal. It has taught me a lot in life.

« Manipulations
Understanding We Are All Connected »