Bill Gates is obsessed with his theory on vaccines and is clueless with regard to the economy and all the loss of jobs. People should lose their pensions, their livelihoods, and crime has already risen by 22.5% in New York City. None of this bothers Gates. Then we have the Democrats who are so caught up in their hatred of the rich, they have lost sight of everything. They are opposing relief for small businesses and want the money to go to the workers. They cannot understand that if the small businesses fail, the workers will never get their jobs back. The Democrats and Gates have deliberately caused an economic crisis far worse than the Great Depression.

Gates even admits it will take years to get back to the same economic level. He does not believe in Democracy. The people should have no right to vote for this shutdown. He believes in authoritarianism and we are too stupid to understand what is best for us.

There is no way the economy will EVER return to normal. People like Gates will insist upon his vaccines to be allowed to even work. He wants us to be tagged like cattle. What’s next? Sterilization and permits to have children? If you do not have a base level of IQ, you will be denied? Is that how he will reduce his paranoia about CO2? 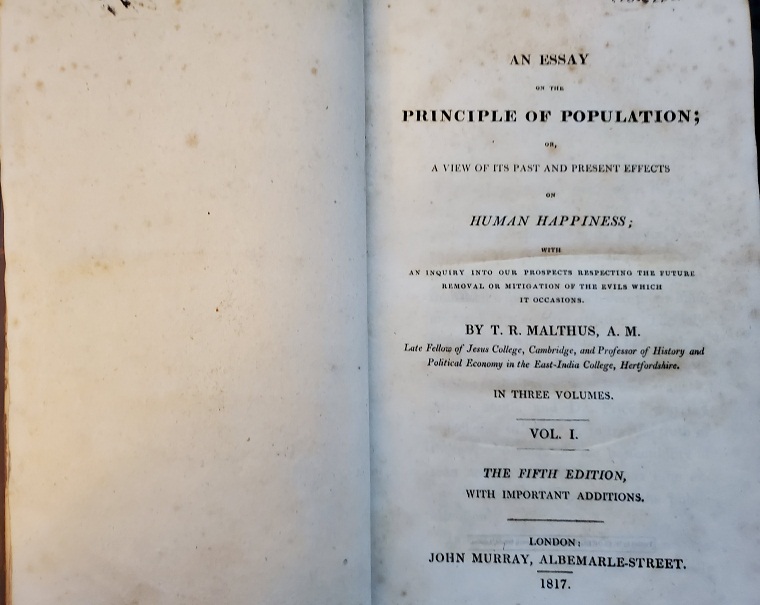 Thomas Malthus FRS (1766–1834)  had the same crazy ideas as Gates about the food supply. Malthus was wrong and Gates will be wrong. Society will expand as there is sufficient food supply. His analysis of the population is linear as is his analysis of CO2. Neither Malthus nor Gates ever took into consideration there are cycles to everything.

Disease is a normal thing throughout history. When we head into these Solar Minimums, that is when plagues come because mainly of malnutrition. This is what Gates is accelerating. People who pick the crops are migrant workers. In Europe, people from Poland go south to pick the crops in Spain. They are locked down. Preventing people from working is already starting to impact the food supply. There is a risk of increasing starvation. For what purpose? To get Gates’ vaccine while you die from another disease and starvation?

This is a very serious situation. Gates is tipping society toward a serious human crisis because of his stupidity or diabolical plan to reduce population?