Last week, we had elected the weekly reversals at 24741.6 and 24395. Yesterday, we briefly recaptured, then re-lost those levels again.

Do weekly reversals expire at the end of the week, expire once they are elected, or do they remain active from week to week?

As always, thanks for all you do with your blog and with Socrates.

P. S. – Do you prefer “Martin” or “Marty”? Many address you as “Marty”, but I don’t know if you reserve that name for your close friends. I certainly do not want to offend you. 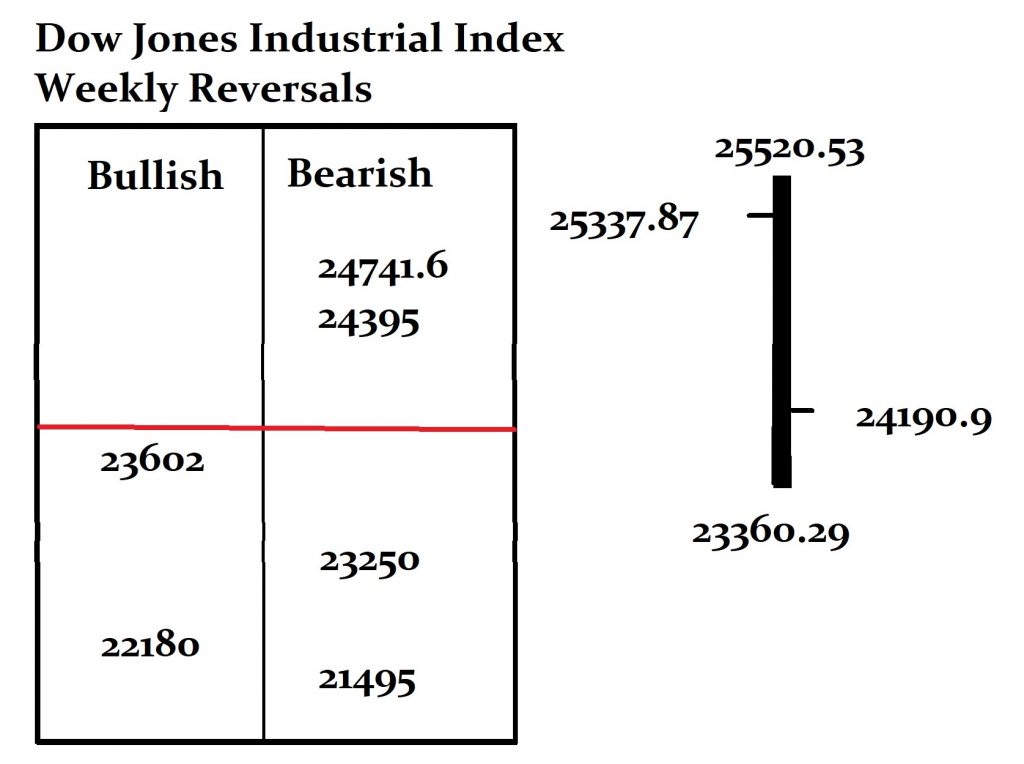 ANSWER: No worry. I answer to both. As far as the Reversal System is concerned, when you pass beyond Reversals electing them on the close by more than 1% away from the number, you will typically rally back to test them before proceeding. In this case, you went to the third one and bounced. You always generate counter-trend reversals when you are making a low. In most cases, they are above the market activity.

In this case, two Weekly Bullish Reversals were elected and that is why we bounced. It was also why I have warned that it appeared this was not a 1987 meltdown, but a consolidation and choppy period. There were no Double Weekly Bearish Reversals that would indicate a meltdown if elected as was the case from the 1987 and 1989 highs.

The great thing about the Reversal System is we eliminate human opinion. The numbers are very black and white. How they are laid-out in a given market identifies the potential for a meltdown or just a correction. Then our Timing Array showed turning points every two weeks indicating also a choppy pattern. In this way, we are able to eliminate the human subjectivity that is always hit or miss.