The Majority MUST Always be Wrong 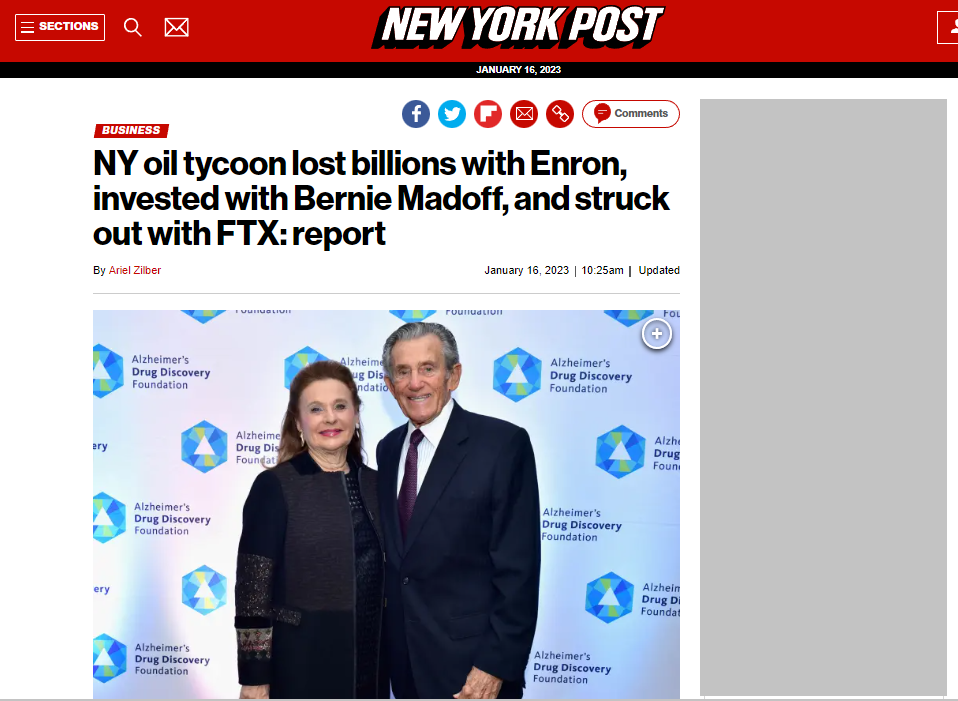 Following the crowd of what is popular and supposed to be the cutting edge of investment, Robert Belfer, the oil Barron, lost billions with ENRON and then Bernie Madoff. Then he became a shareholder in FTX. With a track record like that, you certainly would be firing your financial adviser.

The inside joke about DAVOS is that whatever the theme forecast they put out and what they all talk about has NEVER been right. The joke is to do the opposite of the DAVOS forecast and you will make money. Andy Serwer, editor-in-chief of Yahoo Finance, asked Warren Buffett in a 2019 interview about the DAVOS forecasts. He responded: “Well, I pay none as a guideline to doing anything,” Buffett responded. I have said many times, the majority MUST be wrong for they provide the market energy to create the boom/bust cycle. Because the majority buy the high, when they sell, you get the crash. When everyone is short at the bottom, you get the short-cover rally that makes the low.