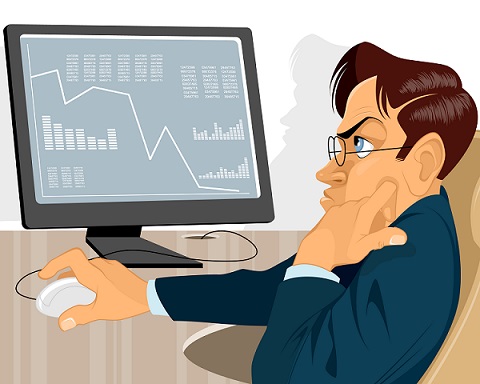 QUESTION: Mr. Armstrong; I know my friend sent an email to you and is finally listening only after racking up losses. I explained how I followed you since 2015 and bought the Dow back at the end of 2015. I made almost 10,000 points and paid off my house. My family toasts you every Thanksgiving around the table. I know you warned that April could make a new low in the Dow and the first half of this year would be a period of consolidation. The rally into March made new highs in the Nasdaq but the Dow failed. You have taught me to just follow the numbers and I appreciate your comments trying to explain events as they unfold. The Global Market Watch was fantastic. On the yearly level it said potential major high in January and then it flipped back and now says new highs remain possible. To watch how that sifts on the yearly level has been a tremendous indicator in itself. That gave me the confidence to sell the close of January. My question is simple. Do you see this as a major buying opportunity? How long should I keep the powder dry?

ANSWER: This is a consolidation period and it will be difficult to guess where the market will go from one day to the next. Yes, the Global Market Watch has been fluctuating on the yearly level on the Dow and that is a reflection each day what the future would look like assuming that was the end of the year. It did by itself state potential major high and that confirmed the correction into February. Now it is saying new highs are possible which is reflecting that we are indeed in a consolidation mode.

This will provide a major buying opportunity. We needed this pause in trend to shift the majority back to bears. When the market rallies and breaks out again, they will fight it as they have all the way up. The biggest losers have been the asset allocation followers. They assume they cannot forecast the future so they spread their assets hoping that the traditional 60% equities will make up for the losses on the 40% bonds. That will bankrupt most people on this next move. It has failed to save pension funds.

Just remember. You MUST be disciplined. The hardest part of successful investing is to remove your emotions as much as possible from the decision process. This is why the decision must be on the NUMBERS and not even what I have to say. Nobody can forecast a market from a gut perspective. If they are looking for someone to be a guru, then kiss your portfolio goodbye right now.

I will be doing video updates for those who purchased the 2018 Share Market Report. We will be holding a WEC in Singapore in June. We will be opening up both Singapore and Orlando for general ticket sales shortly. Prior attendees get first dibs. We will be covering all of Asia in Singapore and the world in general. Orlando will be focused on Europe and North America with also a general overview of the world. That will be held after the 2018 US elections.

So follow the Reversals and the Timing. They will tell us when to act.

« What is the Difference between Institutional & Speculation?
Using the Global Market Watch »