Beware of the Emotional Expectation

TIP #1: The number one reason people lose money is because their opinion moves with the trend. They see gold up and assume it will never end or the Dow down and the end of the world is here. This is part of the Slingshot Move. We must move to extremes in all markets and this is how you get opinions to change. This is necessary and standard. This is why the best thing to do is NEVER follow opinion, but cold, unbiased analysis that just calls it by the numbers. You cannot beat that because it eliminates human emotion. The more dispassionate you become, the more successful you will be.

This is what I have called the Rule of Five. There are always FIVE FALSE MOVES before the conclusion of a trend. There were five false moves to the downside BEFORE the Dow finally broke-out, concluding in the 1929 high and ending with that 51.6-year economic wave. Our current one does not end until 2032. 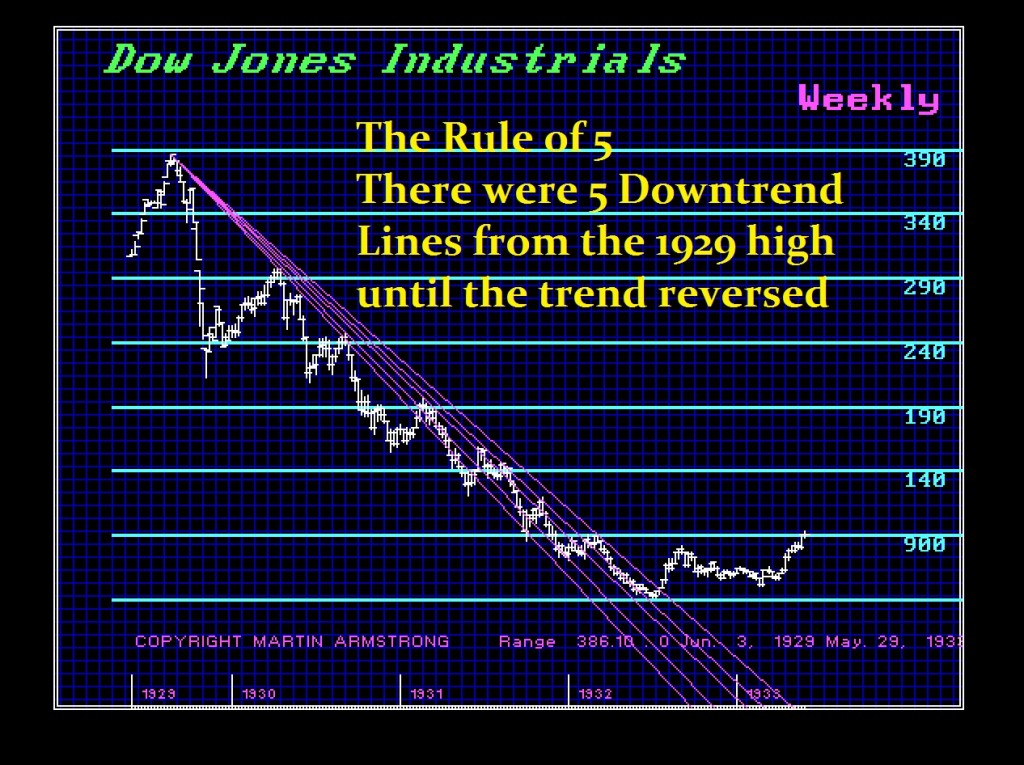 We simply have to play this by the numbers. This is not a game about human opinion. At the end of the day, that will not matter.