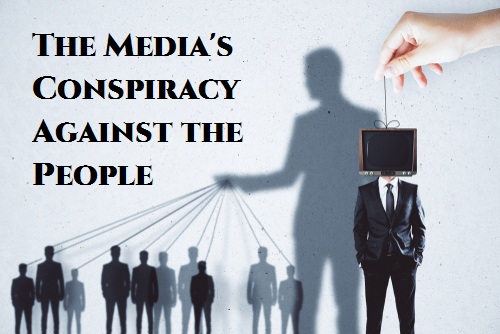 QUESTION: Do you say that the COVID pandemic is a hoax?

ANSWER: Look, there are people who are deliberately calling anyone who disagrees a conspiracy theorist so they never have to answer anything. There are people who have had COVID. I have had a cousin who got it and my neighbors got it. It exists. The problem is that we have a situation where it has been so blown out of proportion when the death rate is just 0.02% compared to nearly 3% for the Spanish Flu, and then you have all of a sudden world leaders using the COVID lockdowns to Build Back Better which was a marketing slogan that was used at Davos. This is like I rob you on the street at gunpoint, take everything you have, and then say here is $5 for a bus ride home because I care! It has been the politicians who imposed lockdowns that NEVER in 6,000 years of human history has ANY government locked down its entire population. The destruction has been political and Build Back Better is the $5 for the bus ride home. You have people in government actually talking about imposing lockdowns for Climate Change.

If you want to believe that COVID, Climate Change, and Lockdowns are all entirely separate from BUILD BACK BETTER, then that is your problem. A conspiracy theory is MAKING UP things from questionable data. Here we have outright hard data and statements made but world leaders all mouthing the same agenda. We have instantly Biden shutting down pipelines and John Kerry telling miners to learn how to make solar panels. The lockdowns and militarization of Washington are not worried Trump supporters will storm the capital to take selfies again. They are worried about a revolution when the people see how many jobs are being lost PERMANENTLY and how these people are conspiring against the people to create a different world that was NEVER explained to the people or allowed them to vote on something that would change their entire future. And you call this democracy?

Media shutting down free speech is to also to prevent any organization that would rise up into a revolution. They have been promised international backing and they will put traditional banks out of business. BigTech sees the power to overthrow the banks. They have promised worldwide that they want everyone in the banking system to end paper money, which is over 1 billion people (just read the IMF).  So their shutting down of all opponents is not part of a conspiracy either? It’s just some random act they came up with for no reason when section 230 says they have no responsibility? And Zuckerberg spent $419 million to defeat Trump but that too had nothing to do with anything else whatsoever?

They know that the majority of people are sheep. They also know that the most powerful tool is the fear of death – no matter how remote. The media like CNN broadcasted every day how many people died of COVID never mentioning that more people were dying in car crashes and other diseases because they were denied health care because COVID took priority. The average person will wake up and smell the coffee only after they have lost their jobs, the price of fuel goes so high they cannot afford to commute to a job if they could find one, and others will become what they already talked about at Davos – the coming “Useless Class” and that is a direct quote!