Biden to Destroy the Fishing Industry Next 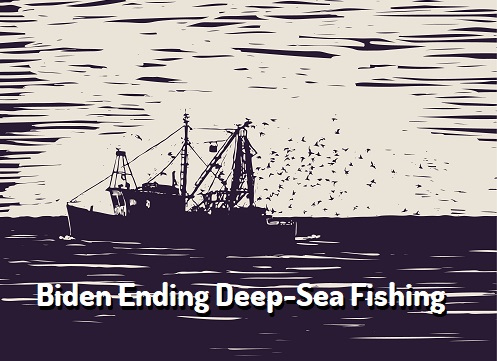 The Biden Administration is now targeting fishing. They have argued all along that boats expel more CO2 than cars, Cows, or Airplanes. So it is no surprise to now target boating imposing a 10-knot speed limit. This will end the deep sea fishing period – both for sport and food supply. This is up and down the entire East Coast. Of course, Right whales, migrate and can be seen every winter off the Atlantic coast between Jacksonville and Cap Canaveral between December and March each year here in Florida. They are tourist attractions with hundreds of viewings every season.

This is how government works. They just impose blanket bans on the entire ocean out for 150 miles. When they did Obamacare, I lost my insurance from Blue Cross because it did not include maternity leave despite the fact I was not married and at that time men could still not get pregnant unless they were in California apparently. It made zero sense. But that is always how the government functions.

Such bans with a broad brush of this nature will impact the entire industry ending much of the shipping industry as well as the ports. Why ship anything now to New York, Philadelphia, or Virginia? There go the unions! It looks like shipping better be redirected to Texas through the Gulf of Mexico. Forget NYC to Virginia. Big ships will never be able to go there again. And this will not cause more inflation?