We Can Win if we Understand the Game Plan 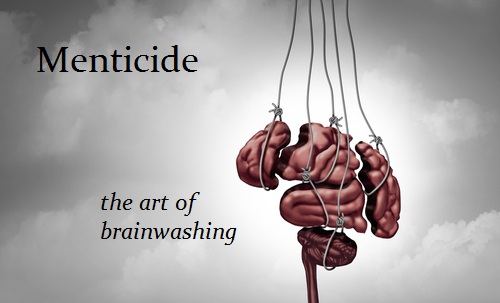 QUESTION: Mr. Armstrong, you have posted your model and warned that we are entering a period where totalitarianism is the objective into 2032. Can you explain perhaps in more detail what that means?

Thank you for your courage in these times

ANSWER: While everyone is focused on COVID and arguing that there is no virus or that it is easily treated without vaccination, they are missing the real objective – our descent into a state of tyrannical psychosis that creates the totalitarian rule. The totalitarian state has a standard playbook. First, they need to create fear. This is then followed by terrorizing the people. Lastly, they will then seek power by offering solutions that require the surrender of all your rights for security. This is what Ben Franklin was really referring to.

We are told to social distance and to wear masks, but this not merely defies the scientific truth as the Washington Post reported on the studies from the 1918 Spanish Flu pandemic that masks were “useless” yet they have demanded we comply. Why? This is to prevent civil uprisings (resistance) against their goals. In France, they have set up roadblocks all to prevent protests – that is ruthless totalitarian tactics unfit for an elected democratic state. They set up roadblocks during World War II for the very same reason. This is Pavlov’s Dog. Training is achieved through isolation and conditioning.

I recommend reading, The Power of the Powerless by Vaclav Havel. He was a dissident who lived in Czechoslovakia under communist rule. In his youth, Havel had been denied various educational opportunities due to his family’s intellectual and bourgeois upbringing. Stalin feared intellectuals and even had Kondratieff executed because his cycle work warned that the communist state would collapse. So, Havel instead found himself writing internationally acclaimed plays. In spite of clear fears and frustrations, Havel was carving out a life for himself. It was this trend that caught on and people began to see the Communist state for what it truly was – tyranny not freedom nor parental state care.

You will not understand totalitarianism until you see it live. As I have said before, I went behind the Berlin Wall before it fell. I saw it with my own eyes. The power of rulers is constructed on FEAR. This is precisely what they have begun with using COVID. I am not the only one who understands how to create a totalitarian state. This is no secret. Others have studied this as well and the steps are very clear. They are using this model to redesign the world for climate change and while they are at it, they seek to recreate a communist state thanks to Schwab’s ideas but they assume it failed before because it did not engulf the entire world. Hence, the entire world must be vaccinated. This is the reality behind the curtain.

Havel offers a view of how still the totalitarian state can be defeated. Unlike most dictatorships which are locally created by military power, the Communist dictatorship behaved like a “secularized religion” which was a key observation from within. Communism covered a broad area of diverse cultures, yet it professed to be rooted in historical socialist movements. Its godfathers were Marx and Engels who were raised to god-like status. It is true that there was conventional and nuclear weaponry that was the ultimate trump card in this game of power. Nonetheless, the glue that holds it all together is not the military power, but the social pressures and indoctrination that enable this totalitarian order to be maintained. 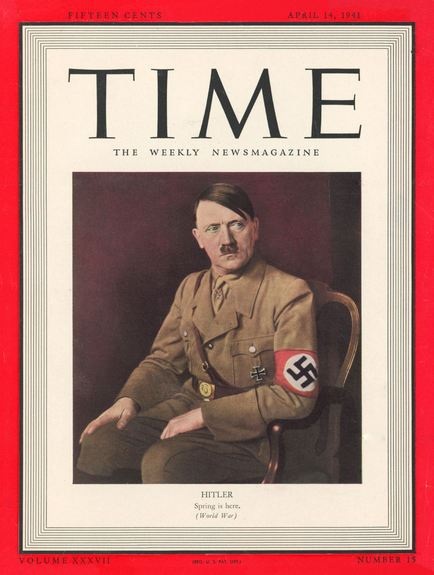 Often the people who are the totalitarian rulers NEVER see themselves as evil. They see that their idea will save society. Because the French demanded vengeance upon Germany in World War I and insisted on ruinous reparation payments that punished the people rather than the political leaders, they set the stage for Hitler to rise because of their oppression. You should NEVER punish the people for the behavior of their leader for the people are suppressed with fear and conditioned to the point where menticide takes place.

Stanley Milgram established the fallacy that the Germans killed the Jews because somehow they were different. He conducted that experiment and found that people in the United States would also torture people if they were told to do so by an authority. That was his book – Obedience to Authority. All the german guards when asked simply responded they were following orders. That was their mindset and it is critical to understand that this is the very key to creating a totalitarian state. They have been using this COVID to achieve their goal of brainwashing people and dividing society into groups so they will not ban together to rise up against their master. So we have Black Lives Matter which helps to divide society by race. They will also induce divisions on religion and try to turn others against the religious right they are characterizing as the neo-Nazis of today. They are against religion just as the Communists were for religion leads to prayer and the belief in a savior from about rather than the rulers of the totalitarian state. 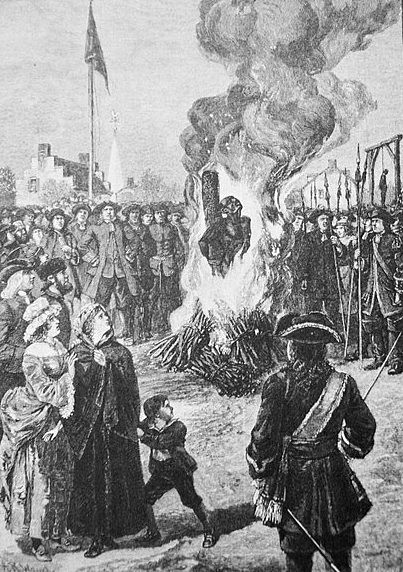 The Salem Witch Hunts were a classic model of totalitarian power. They created the fear that there were witches controlled by the devil threatening their society. People turned against one another as they are doing today. In Britain, they told people to report if they saw their neighbor leave their house. These tactics are well known. What they are doing right now is taken out of this totalitarian playbook.

One important weapon in fighting totalitarianism is HUMOR. You must ridicule the leaders and expose them for what they truly are for in their mind they are not evil, you are just unruly. The COVID trick is starting to decline for there has been no massive death wave. They will next move onto climate change and expect air travel to rise in price dramatically. They are trying to reduce international travel and will most likely impose restrictions on the number of flights and new taxes destined to double the prices. We will even see air travel domestically rise in price. They are also deliberately trying to reduce meat and are paying farmers not to grow food to create a panic that they will then link to climate change.

We MUST strive to spread the word and to expose the fact that they have lied about COVID. But don’t get involved with claims it is not a virus, has not been isolated, and all that line of reasoning. It will lead nowhere and it misses the entire point. This is a plot and the fact that they are insisting on this vaccine is part of the powerplay to separate the mindless sheep from those who think first, and question those in power who never tell the truth about anything anyway. Getting involved with is it a virus or not is distracting and it will not win the day. They will bring out a fake doctor who has been paid to refute anything you say.

Our politicians may even be oblivious to the goals here for they are NOT the people who have dreamed up this plot. That is coming from the World Economic Forum, Gates, and Soros who have used money and influence to trick most of the world into this direction, and like Hitler, they do not see themselves as evil, but the savior of the world. We are just too stupid to know what is best for us.

When I was invited to the private debut of Schwab’s movie the Forum, it shocked me for this was supposed to be about his 50 years of accomplishment. It turned out to be a promo for the Great Reset where Schwab invited Greta and Jeniffer Morgan of Green Peace to play a major role in selling the true agenda – climate change. That film debuted in New York and was the kick-off for the Great Reset. I thanked Schwab for the invite and we shook hands and he thanked me for coming. Like so many events in my life, I have seemed to be at the key spot where things began like being called in back in 1985 to start the G5 – now G20. I suppose I was at the event that started the move for the Great Reset as well. 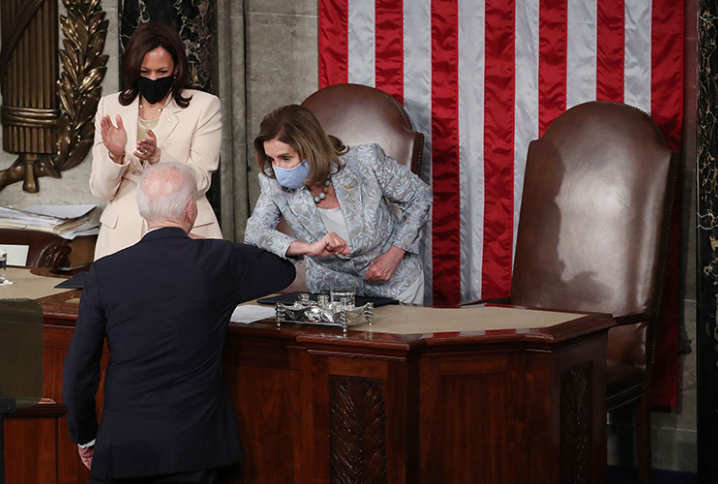 We must take a step back and look at this strategy for what it is. They have conditioned society and we still see a few people wearing masks because they have been brainwashed and it now makes them “feel” safe. Handshakes have been replaced by elbow-bumping that contributes to social distancing to prevent gatherings that could result in uprisings. Understand the game plan. Use HUMOR to ridicule them. Remember, resistance is not futile.

« Prof. Sucharit Bhakdi Why Do Not Get Vaccinated or Booster
The Berlin Wall v the COVID Walls »