In HARRIS v. McRAE, 448 U.S. 297 (1980), the facade of Roe v Wade was exposed. The case was claiming that the government MUST pay for medically necessary abortions. They made it clear in that decision that the Constitution is NEGATIVE, not POSITIVE. It is a restraint upon government – not a shopping list of positive rights. This medic should resign, leave the country, and go someplace where you can freely kill a two-year-old when they annoy you.

If there was a Constitutional Right to abortion, but a restraint under the 8th Amendment against cruel and unusual punishment, then the solution would be to justify retroactive abortion without limitation so you no longer sentence someone to death, you merely abort their life whenever.

The very law that these people are so upset about was limiting abortion to the first 15 weeks. They seem to want even after-birth abortion. These real fanatics want to call a newborn still a fetus to justify abortion after birth.

“We claim that killing a newborn could be ethically permissible in all the circumstances where abortion would be. Such circumstances include cases where the newborn has the potential to have an (at least) acceptable life, but the well-being of the family is at risk.” 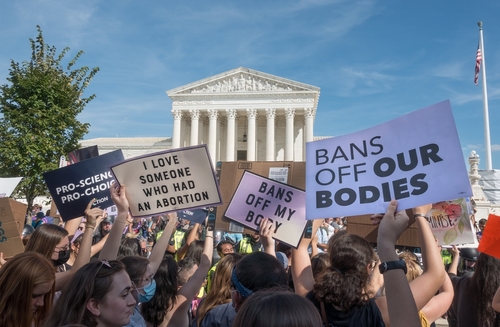 Why not just kill a child at any age when it threatens the “well-being of the family” if there is even a family that remains under this definition. There has always been justification for abortion when the life of the mother is at risk, or rape, or incest. But not any of these justify after-birth abortion. Sorry, but I don’t see how they would be good mothers and the solution should be sterilization – Gates would love it!

« The World in Chaos
A Cycle Has Changed Inside Russia »