QUESTION: This is the year of the Rat. It has often been the year of economic change. Do you realize the next year will be 2032? 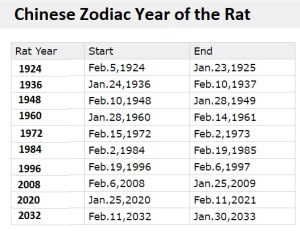