A Career for the Future? 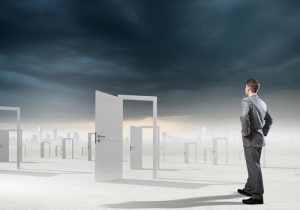 QUESTION: Dear Mr. Armstrong,
First of all, I have to say that I admire your economic confidence model and I am grateful that you publish your blog posts publicly. Hopefully, I will make it to one of your conferences one day and get to know you.
Probably most of your subscribers are a bit older than me but I am sure there are a few who also have to make a decision regarding their career: Which jobs do you think will be future-proof in finance, banking and at the stock exchange? Especially in the age of AI and the crash in 2032 ahead of us?
Thank you!
E.H.

ANSWER: Life is a journey in which we are to learn. Some say when we stop learning, it is time to die. I think I ascribe to that for that has been what has kept me going. As long as there is something new to learn, then life is interesting to motivate the soul to continue on. It is when we reach that crossroad when there is nothing left to learn that life becomes mundane and it easier to leave than to stay.

This is critical to understand in the pursuit of a career for the economy will always evolve with technology and the key to survival is to remain flexible to move with the flow as it unfolds. A single career for life is probably not the way of the future. That was good during the 50s to 80s, but with the evolution of the internet, things have changed.

If we assume that society does not crash and burn resulting in the internet ending, then technology will be critical for most fields. It would be good to get a background in programming for it will become like knowing how to read and write. In other words, it would not dictate that you become a programmer as a fulltime career. Rather, you will be able to understand the technology and adapt to it as we move forward.

My greatest fear is the collapse of SOCIALISM, meaning pensions and political promises that rest upon class warfare that run the risk of a major crash and burn. The end result would be closer to the Russian Communist Revolution, and will end in a lot of bloodshed for the political class will blame the rich for their failures rather than the fact that they have engaged in fiscal mismanagement for decades since World War II.

My advice is to get a grasp of technology for each field will evolve in that direction if we can avoid the crash and burn that brings society to another Dark Age.