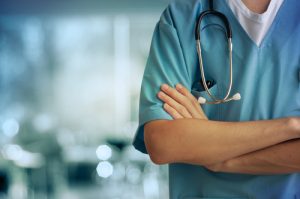 The Nationwide Retirement Institute conducted a study to determine how Americans are handling rising prices. Nearly one in five respondents (18%) said they had to forego a meal or grocery shopping due to inflation. Gen Z (28%) and Millennials (23%) reported higher rates of skipping meals. Over the past year, two in five households (40%) relied on food banks.

This is having an impact on health. Around 17% said that they no longer can afford healthier food options, which are notoriously more expensive than cheap, calorie-rich junk food. Fourteen percent admitted that they canceled or postponed plans to see a doctor, and 11% skipped out on their annual physical altogether due to the costs involved. An alarming 10% said that they are unable to afford their prescription medication. The younger generations like Gen Z (17%) and Millennials (19%) said that they cannot afford mental health care.

Staying healthy has become a luxury, as 14% of respondents had to downgrade their health insurance plans. Again, Gen Z (23%) and Millennials (20%) have been forced to sacrifice more than other generations. These two generations are also priced out of the housing market and strapped with debt. They are less likely to start families and are worse off than their parent’s generation. This will create a ripple effect as people who are unable to meet their basic needs will struggle to be productive members of society.