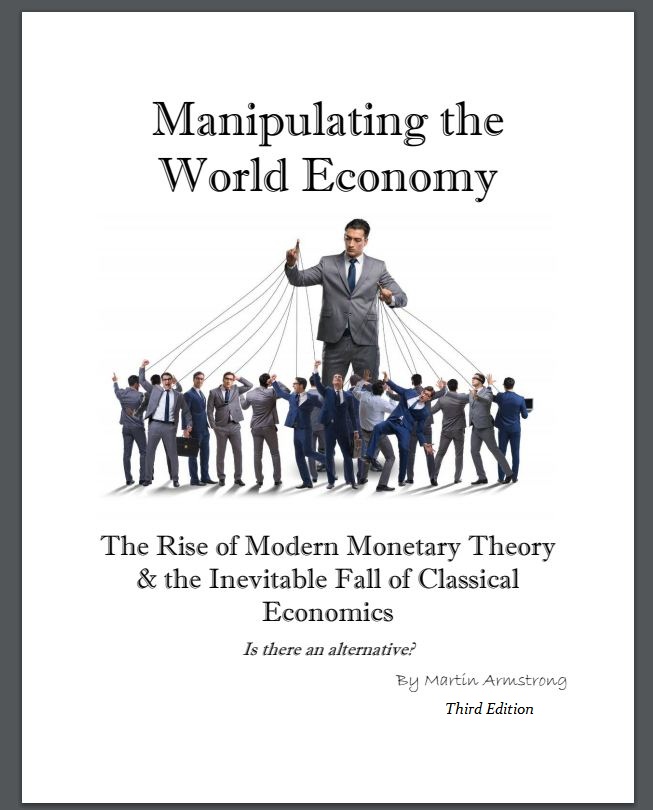 The Federal Reserve has discontinued updating the M1 and M2 weekly money supply series and is instead now updating the series monthly. What is really going on is what I have been talking about and was one of the key subjects behind the book I published – Manipulating the World Economy (5th edition to be released in a few weeks). This change reflects a profound change in economics whereby Keynesian Economics is collapsing. The view at the Fed has been stating what I have been warning was unfolding. Chairman Powell has stated that he no longer regards that the quantity of money is relevant. Powell has stated that the practice of measuring money no longer matters because it’s unrelated to inflation. The Fed now realizes what I have been saying all along – it is a matter of CONFIDENCE. 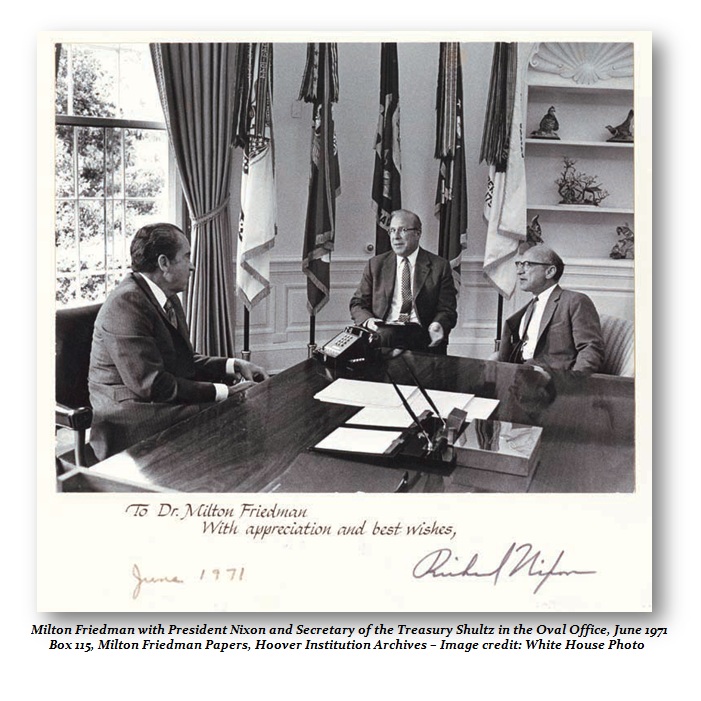 This money supply has been published since the 1970s when the idea of Milton Friedman first took hold as monetarism. It was Milton who convinced President Nixon that the value of money was no longer calculated by the amount of gold in your vault. The Fed has changed the publishing frequency on M1 and M2 money supply from weekly to monthly which is a direct result of the collapse in economic theory, although no economist will explain it that way.

The entire idea behind QE was you increase the supply of money and inflation would follow. They have poured money into the system since 2008 dramatically increasing the money supply which has had ZERO impact on inflation. 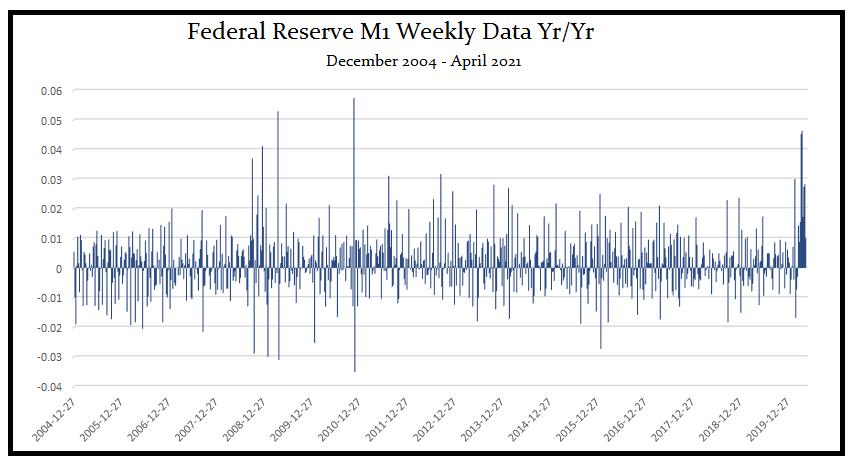 Thank you for all the letters and emails congratulating me on the book and its impact on changing the central banks. The war has not been won. Now they move to the digital world.

Starting on February 23, 2021, the H.6 statistical release is now published at a monthly frequency and contains only monthly average data needed to construct the monetary aggregates. Weekly average, non-seasonally adjusted data will continue to be made available, while weekly average, seasonally adjusted data will no longer be provided. For further information about the changes to the H.6 Statistical Release, see the announcements provided by the source.

Beginning May 2020, M1 consists of (1) currency outside the U.S. Treasury, Federal Reserve Banks, and the vaults of depository institutions; (2) demand deposits at commercial banks (excluding those amounts held by depository institutions, the U.S. government, and foreign banks and official institutions) less cash items in the process of collection and Federal Reserve float; and (3) other liquid deposits, consisting of OCDs and savings deposits (including money market deposit accounts). Seasonally adjusted M1 is constructed by summing currency, demand deposits, and OCDs (before May 2020) or other liquid deposits (beginning May 2020), each seasonally adjusted separately.

« Collapse in Confidence by Refusal to Vaccinate
New Age of Authoritarianism »