When the Money Dies 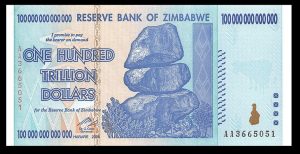 QUESTION: I am 77 years old, and Seared in my memory is a short video and notes on the small villages in Japan abandoning government currency totally, and using chits exchanged at a table for all the village business. Foodstuffs, bicycle tires, or whatever. Maybe your fabulous researchers can find it. Germans using the currency for stove fuel, as the paper was “worthless” than coal.
I have a 500 Million note from Zimbabwe. The fascinating thing of the time it takes for the money to die is on a web site of all the currencies that have died. Worthy of note from you please.

ANSWER: Japan postwar lost all confidence in the government because the military had seized and ruined the country. There was a huge divergence in the currency during the American occupation. The US military issued what was known as B-yen in Okinawa because they intended to occupy that region even after leaving Japan in general.

Therefore, B-yen of the US occupation of Okinawa Prefecture began following the end of World War II. The US military also used a separate scrip called A-yen, while the B-yen was only used by the local civilians. Post-1945 Japan became a currency-free system where the nation fell back to bartering supplies from the authorities just like in a prison. The reintroduction of currency with the B-yen was restricted to Okinawa whereas the introduction of the new Japanese yen emerged for the rest of Japan.

In 1948, the A-yen previously used exclusively by American soldiers ended and the B-yen came to be used by military and civilians alike. The rest of occupied Japan continued to use the new Japanese yen during the occupation.

Eventually, the B-yen was eliminated in Okinawa on September 16, 1958, and was replaced by simply the US dollar at an exchange rate of 120 B-yen to the dollar. The Japanese yen was fixed at an official exchange rate of 360 yen to US$1. 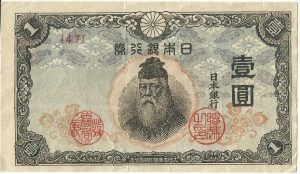 Therefore, the period you are referring to in Japan was immediately after they lost the war. The previous yen was assumed to be worthless.

They did NOT print money that then lost confidence. It was the other way around. The confidence collapsed and that resulted in the printing of more money to cover expenses.

« Why is Socialism Dying?
Who Earns the Money from Government Debt? »