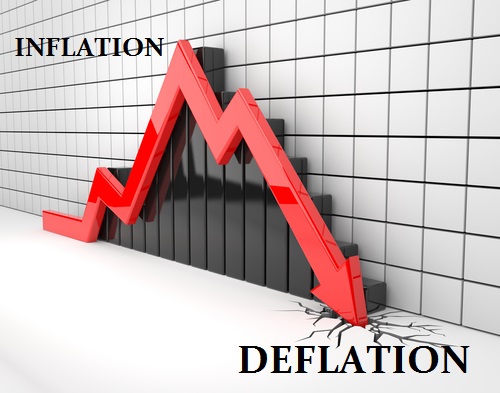 QUESTION: why national debts eventually default Martin to answer this question you said:

we need to introduce currency. France and Germany were less impacted by converting to the Euro than Greece, Italy, Spain, and Portugal. Why? Currency Inflation!

My question is if it is not the quantity of money that is making $1 million buy fewer Cadillacs, then what is the trigger?

Is it the national debt, being devalued by a lower dollar?

What then is causing that dollar to go lower and purchase less if not a quantity of money causing fewer goods to be chased by more money?

ANSWER: It is a combination of many trends. The idea of inflation is caused by an increase in money supply has been the one-dimensional answer. It may sound logical, but it is far from the actual cause. Inflation and Deflation are more directly impacted by the credit cycle than the creation of money by the state.

Here is a chart of M2, which includes a broader set of financial assets held principally by households. M2 consists of M1 plus: (1) savings deposits (which include money market deposit accounts, or MMDAs); (2) small-denomination time deposits (time deposits in amounts of less than $100,000); and (3) balances in retail money market mutual funds. If we look at money supply, then inflation should always exist without end. Clearly, money supply is not the only factor involved.

Now let see if the money created actually made it into the economy. The Fed also created Excessive Reserves because the banks did not want to “stimulate” the economy by lending. This is why I have said the QE was an utter failure for the banks just parked the money and it was not lent out.

Now let us look at the decision making of banks. Here we can see why the banks simply parked the money at the Fed. The credit cycle comes into play and this is what more directly impacts inflation or deflation that the simple quantity of money.

We can see that the consumer delinquency rate on Consumer Loans is really the key. The idea that the Fed can stimulate the economy by handing banks more money is the most stupid idea I have ever heard. The very design of the Federal Reserve was that they would BUY commercial paper when the banks WOULD NOT to stimulate the economy directly. Then Congress instructed the Fed to buy their debt for World War I and never restored the design of the Fed. So now the Fed buys only government paper and it has lost its ability to “stimulate” the economy for this is the credit cycle which dictates inflation and deflation far more than any quantity of money theory.

When I conducted studies of interest rates relative to the stock market, I quickly discovered that the stock market ALWAYS rallied with rising rates and decline with falling rates. More importantly, it was critically influenced by international capital flows. If money was turning away from the United States, then the interest rate would move to the highest level as in 1899. When the capital flows pouring into the USA in hiding from World War I, you find the Greatest Bull Market in History with the lowest level of interest rates because the capital flowed into the USA increasing the real money supply by credit.

I have stated also many times that the domestic money supply of any nation can be increased and decreased by international capital flows. If the Chinese come and buy a piece of real estate, they bring in money for a dead asset. The seller now has money that did not exist domestically before the sale. If two Canadians sell and buy a home, nothing changes domestically. But a foreign buyer must import the cash to buy the home and thereby the available cash domestically increases with the state doing nothing. The Chinese buy dollars perhaps somewhere else which the banks create in the electronic book-entry market. The government never “officially” printed anything nor did they expressly increase the money supply. 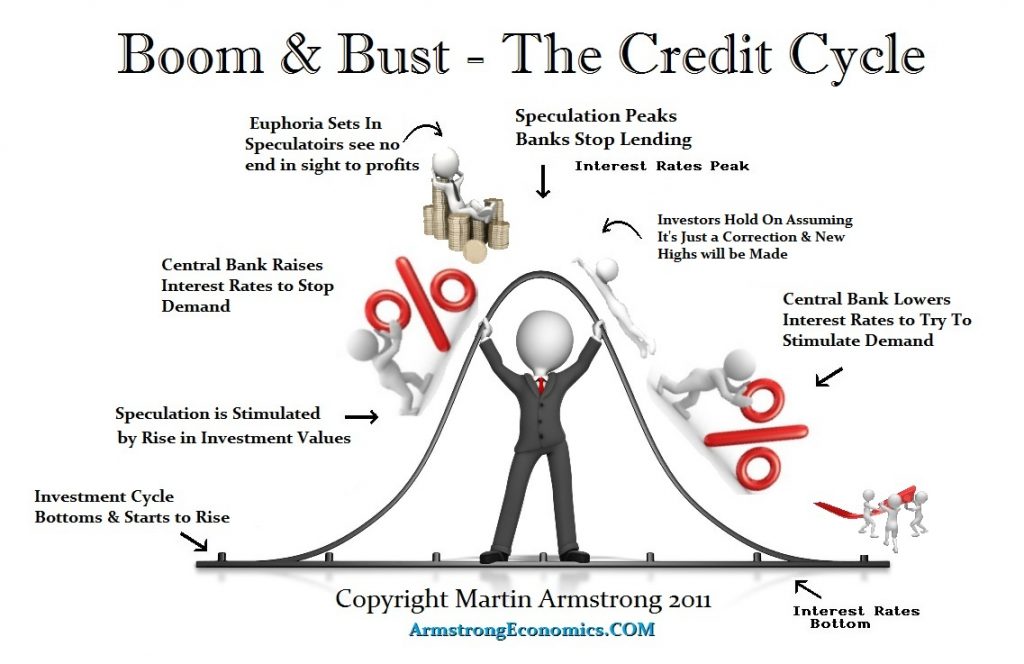 When we try to actually create a theory that one thing is the source of any effect, we always end up with egg on our face. It simply cannot be done. It is always a dance of many factors and how they come together in what combination and in what order. The Boom & Bust Cycle is far more directly impacted by the Credit Cycle than by money supply. You can create all the money you want, but if the banks will not lend and consumers will not borrow and prefer to hoard because they do not trust the future, you will be in a deflationary cycle.

When J.P. Morgan was being interrogated by the ruthless Samuel Untermyer in the Senate, the exchange showed that the government NEVER understood finance or banking. Morgan expressed the way banks really operate. They will not lend you a dime if they think you will default even if you have the collateral to back the loan. If you do not have faith in the borrower, you do not do business.

Remember one thing. The actual money supply is a tiny fraction of the real money supply which is created by lending. Some people BELIEVE gold is money. Others believe Bitcoin is money. So what is the definition of money? It is really what various people believe because we will all act according to that belief. Therefore, the definition is the broad spectrum of assets that include real estate and equities for it is anything the people view as wealth. All the studies show that if real estate is rising, people SPEND more freely because they “feel” richer. When real estate declines, they contract in their spending and you move into a hoarding/saving mode with the decline in inflation.

This is why I have made it clear many times. The 2007-2009 Crash was far more devastating than the numbers show because real estate dropped and people felt that they lost their wealth. This is why liquidity remains about 50% of 2007 level for people trade and invest less. The vast majority of homes are still worth less than they were in 2007. The average consumer does NOT “feel” richer so they spend less. The youth have turned to renting and see the dream of owning your own home as a joke after property taxes for which you get no credit when you sell a house. Then they saw the wealth of their parent evaporate in the home.

All these politicians imposing laws to curtail real estate are just brain-dead. This is the one area you do not mess with.

Welcome to the REAL WORLD!