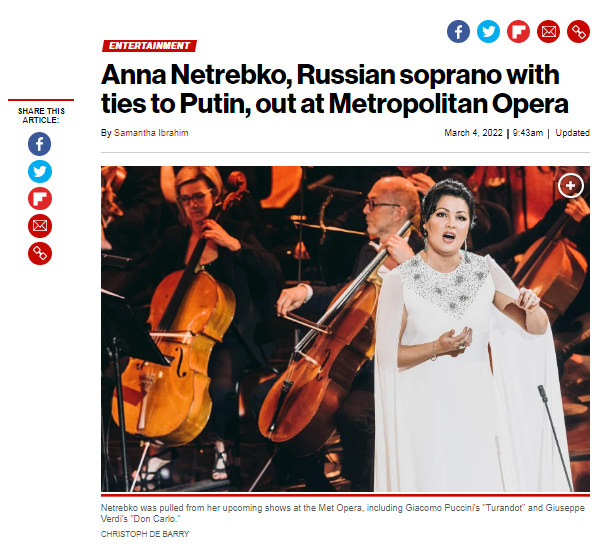 The West is going crazy, and the decisions to throw out all ties to Russia are further escalating the risk of global war. The NY Metropolitan Opera even fired Anna Netrebko, a Russian soprano, because she has ties to Putin. Even in London, Gazprom PJSC’s energy-trading arm is being kicked out of its central London. Even Russia’s RT has been shut down by Direct TV. Then inside Russia, a host of Western companies are exiting including Apple, Mercedes-Benz, and BP.

Even Fed Chairman Jerome Powell has warned that China will now accelerate its plans to come up with alternatives to SWIFT after seeing Russia becoming isolated economically. We are looking at similar paranoia over COVID that is now sweeping through the world economy, which will cause a tremendous contraction and indeed set the stage for what our computer has been forecasting — China will become the new Financial Capital of the World post-2032.

The West is committing financial suicide. This spills over into corporations making long-term decisions based upon the demonization of Putin, ignoring even the fact that Kamala Harris publically told Ukraine to join NATO and violated the neutrality of Ukraine agreed to in the 1991 Budapest Agreement. We are witnessing the decline and fall of the world economy as we have known it. Those who have hated the dollar, always calling for its crash, will see a future where even cryptocurrencies will not survive. The false belief that somehow crypto will bypass the central banks and end fiat is such a joke. Ukraine’s power plant, the largest nuclear plant in all of Europe, has been captured and is on fire. Crypto is worthless without a power grid.

So welcome the New World Order, but it will be NOTHING as even Schwab expected.