Welcome to the Wave of Inflation into 2024

We still see that this cycle into 2024 will be one of inflation. Our computer has projected that this inflationary cycle would be one based on shortages. True, that that $1.9 trillion bill is just a Democrat’s wish-list. The $1,400 checks are for about 100 million. The fact that 70% of Americans approve of this and assume they are getting $1,400 checks, that is only 0.013571429% of the total bill. The fact that they would not even make it $2,000 shows that this is all about just their wish list for things that have nothing to do with COVID. 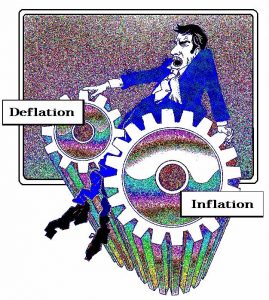 Many governments have been engaging in Quantitative Easing since 2014 with negative rates in Europe, but people have been hoarding cash rather than spending it. Worse still, they have been increasing tax enforcement and shutting down tax-havens and this has led to the deflationary wave which our model shows bottomed in January 2020. Yes, they increased the money supply, but they also reduced disposable income. Those conflicting trends caused one component behind the failure to stimulate the economy. People will NOT borrow unless they see the potential to make a profit. Without CONFIDENCE in the future, then hoard their cash. 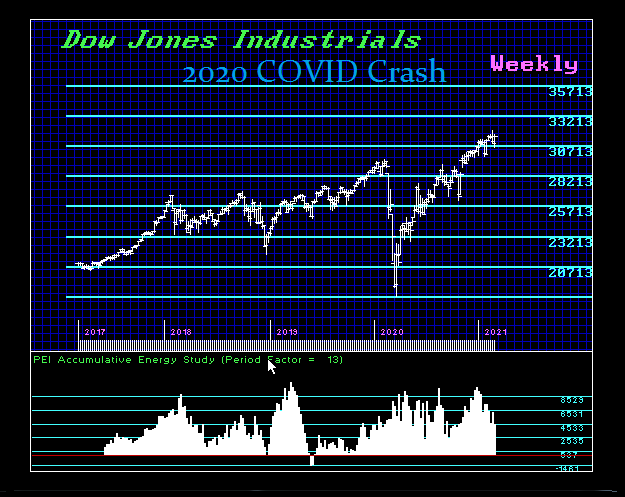 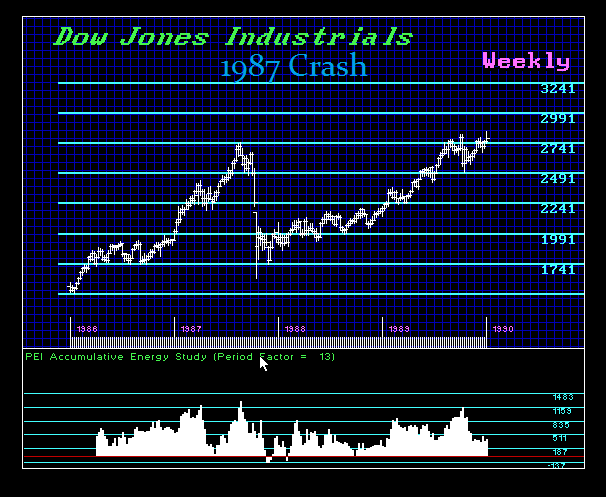 As we have been investigating this entire COVID Crash, it comes up clearly that this was a failed manipulation for it was also the shortest-lived crash. Our Energy Model shows a distinctly different pattern when we compare 1987 to 2020. Note how the Energy came back rapidly from the 2020 COVID Crash whereas it took 78 weeks to elect a Weekly buy signal compared to 19 weeks from the 2020 low. This all points to a rally on a different type of economic recovery based upon inflationary shortages and our target of 40,000 we warned about several years ago no longer sounds so crazy.

The shortages are appearing everywhere from electronics to food. These governments in following the World Economic Forum which refuses to be transparent in its finances have disrupted the supply chain in just about every possible sector. This deliberate effort to Build Back Better is targeting crude oil and we are already witnessing a sharp rise in the price of gasoline. The more they send prices higher in an effort to stop people from using oil, the greater this will ripple through the economy just as in the OPEC crisis of the 1970s. 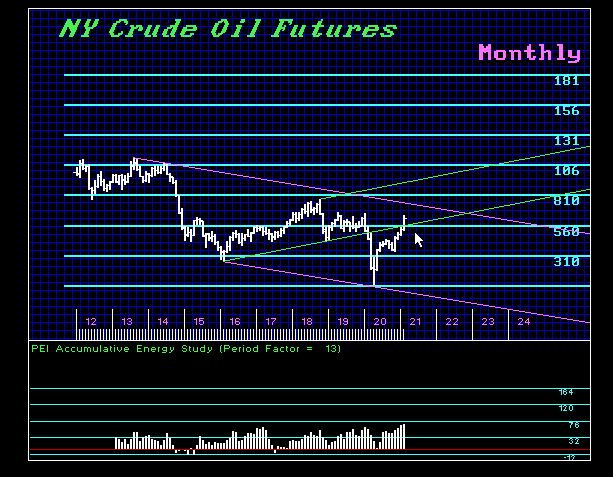 We still see March and May are the main near-term targets for turning points. Once we begin to accomplish a monthly closing above the $67 level, then the more pronounced inflationary spiral should begin.

« This is Why Biden Does not Address the World
Will Covid Alter the Economy? »