Was Napoleon the real Father of the European Union? Or Was it Julius Caesar? 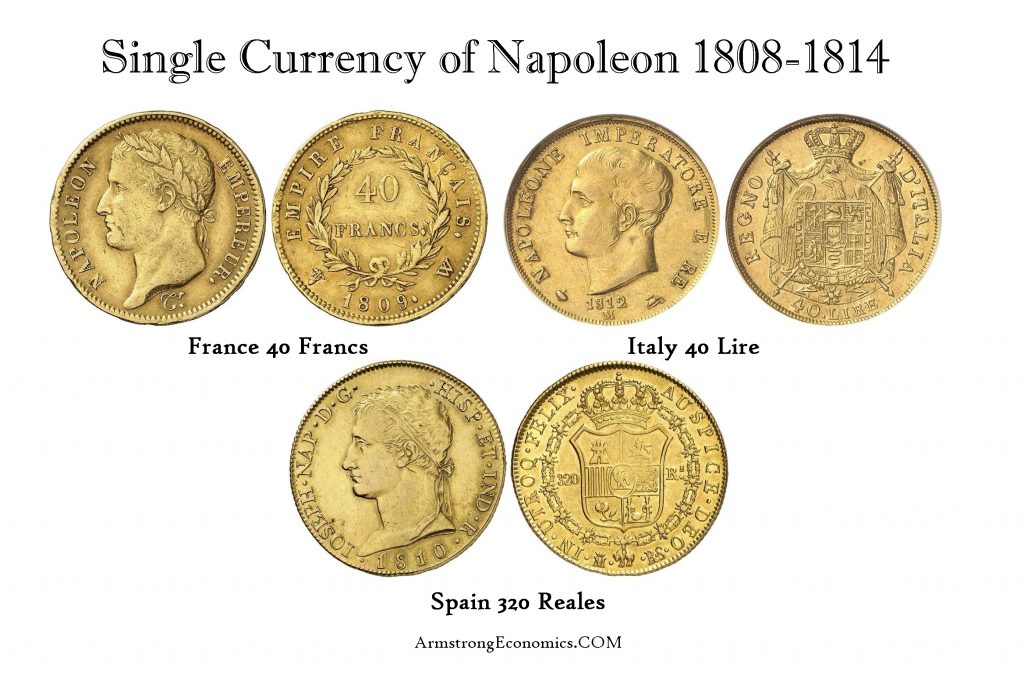 Napoleon had actually summoned the best minds and talents from all over Europe into his service. His court was deliberately filled with able men from all over Europe: Dutch, German, Italian, and even Polish. These foreigners worked in the highest offices of his imperial civil service.

It was actually Napoleon who created the first single currency in Europe following the Roman Empire. He standardized the weight of the coins so that 40 francs equaled 40 Lire in Italy and 320 Reales in Spain. This was really the idea of Napoleon resurrecting the Roman empire. 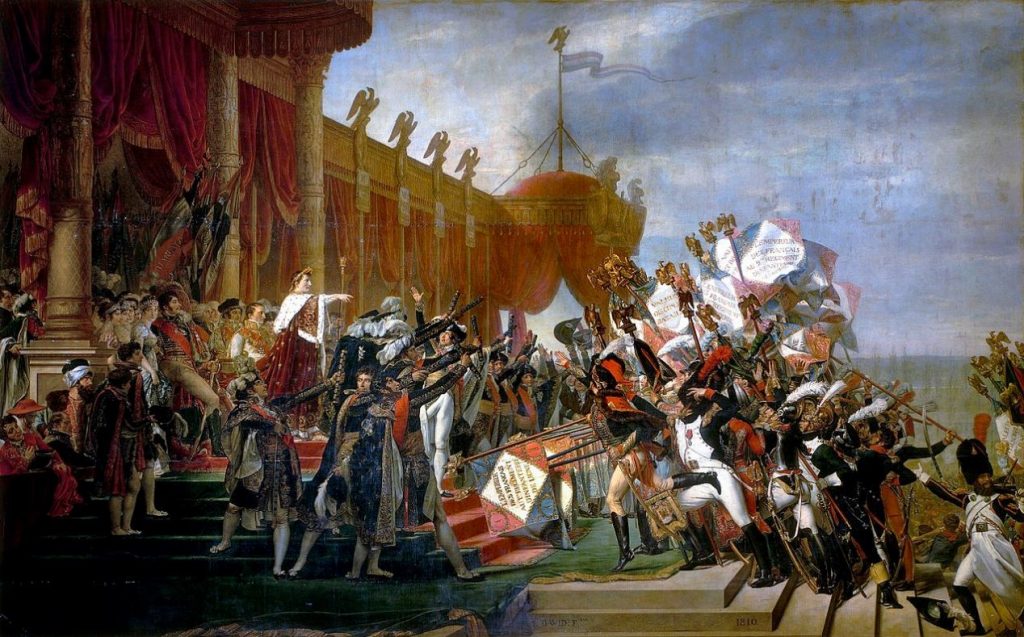 In reality, Napoleon even crowned himself not as a king but as an Emperor who led the armies following the Roman model. This was a reflection of how Napoleon rose to power, having been inspired by the Roman greats since his youth. Look at this painting. Napoleon had his armies of France marching beneath eagle standards the same as Rome.

“I am a true Roman Emperor; I am of the best race of the Caesars – those who are founders.”
– Napoleon Bonaparte, 1812 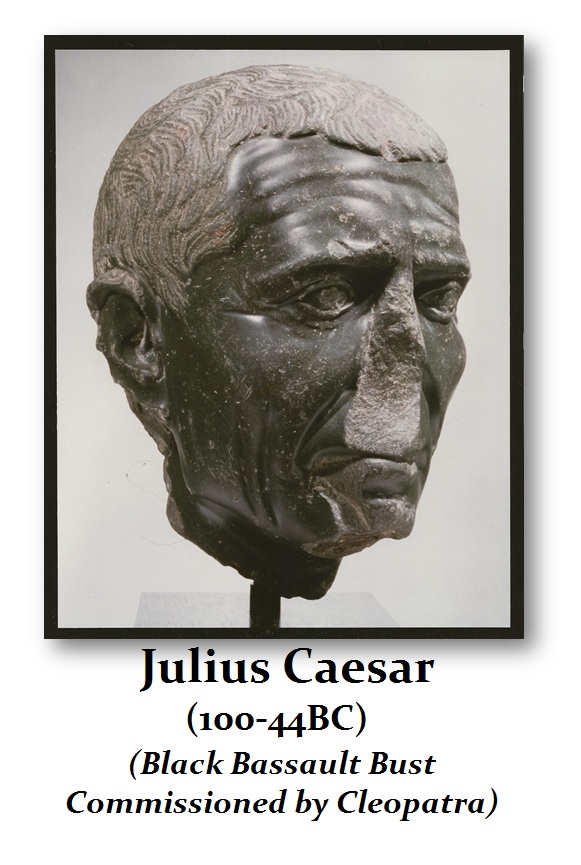 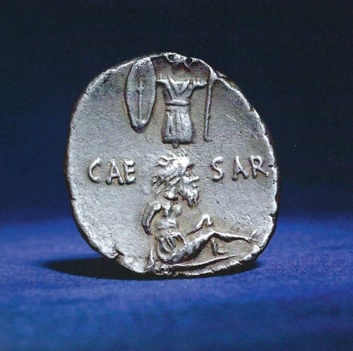 Indeed, Napoleon was creating a single currency attempt to restore the standard monetary system of the Roman Empire. It was Julius Caesar (100-44BC) who conquered Europe and in the process created a single language and monetary system. Indeed, this silver denarius illustrates his victory over Gaul showing an unshaved Gaulic barbarian seated on the ground below his trophy.

The unification of Europe was the accomplishment of Julius Caesar. However, it was Napoleon who standardized the monetary system post-Rome which became the inspiration for the Latin Monetary Union by 1865. 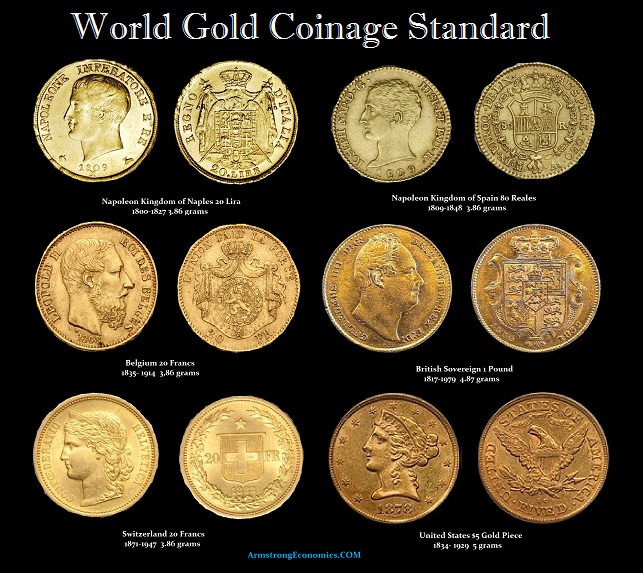