Value of a Currency 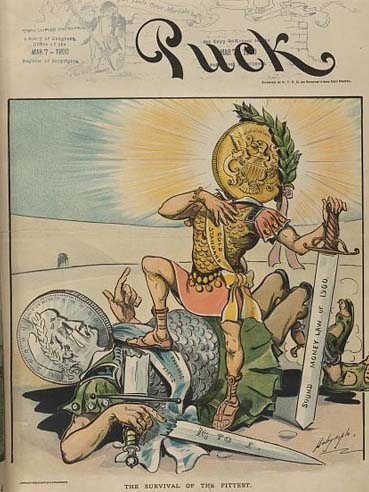 QUESTION: Hi Mr. Armstrong,
You have said that money is not gold, or silver, or oil, or fiat currency, but rather represents the collective elbow grease and ingenuity of a people. From the work of Socrates, which country or countries best typify this concept and therefore will become the better countries to live in, so that we may guide our families and children in that direction?
As always best to you and your vision, and thank you.
MB

ANSWER: What made America great was not our resources. The Silver Democrats tried to force a higher silver to gold ratio and were bribed by the silver miners. When the world was on the gold standard, that dictated the value of a currency in international FOREX markets because the value of the currency was just the metal content. Napoleon attempted to create that standard and the idea, known as the Latin Monetary Standard, was used after his defeat where the coins were all of the same weight and purity.

However, great disruptions to this standardized system of metals repeatedly led to major economic upheavals. The economy of Florence suffered from the tremendous economic crisis and people were burning down the houses of bankers because they blamed them without understanding the real cause. Due to the war between France and England, the French debased the coinage. This drove the price of silver up dramatically where there had been a two-tier monetary system — gold for international transactions and silver for domestic. Since wages were paid in silver, as the price rose, employers could no longer afford to operate and the economy crashed with a vast rise in unemployment.

Only after World War I and II did modern society begin to see that the value of a currency was not simply the metal content. There was a premium even over gold’s value attributed to the Romans, as was the case with silver and the Greeks. This is proven by so many surrounding nations imitating their coinage with the same metal content and weight showing that there was a premium over the raw metal.

China, Japan, and Germany all rose from the ashes because their people were productive. Once the unions began and extorted higher sums of wages beyond competitiveness, the USA began to see its labor move offshore for it was overpriced relative to the world because of also taxes on labor — not merely the hourly wage.

Adam Smith in his “Wealth of Nations” saw that it was not simply metal. If a farmer or candlestick maker sold something from London to Paris, they both returned with gold. It was the value of their labor that mattered.

Unfortunately, the socialists are leading the charge and have conspired together to bring down the economy to force political change. They are also weakening the West and inviting war. Just as Rome saw its economy decline sharply within 8.6 years during the 3rd century, the barbarian invasions began. These socialists have no idea what they have unleashed. The world economy will NEVER be the same all because of a pretend virus that has a death rate of 10% of the annual flu. 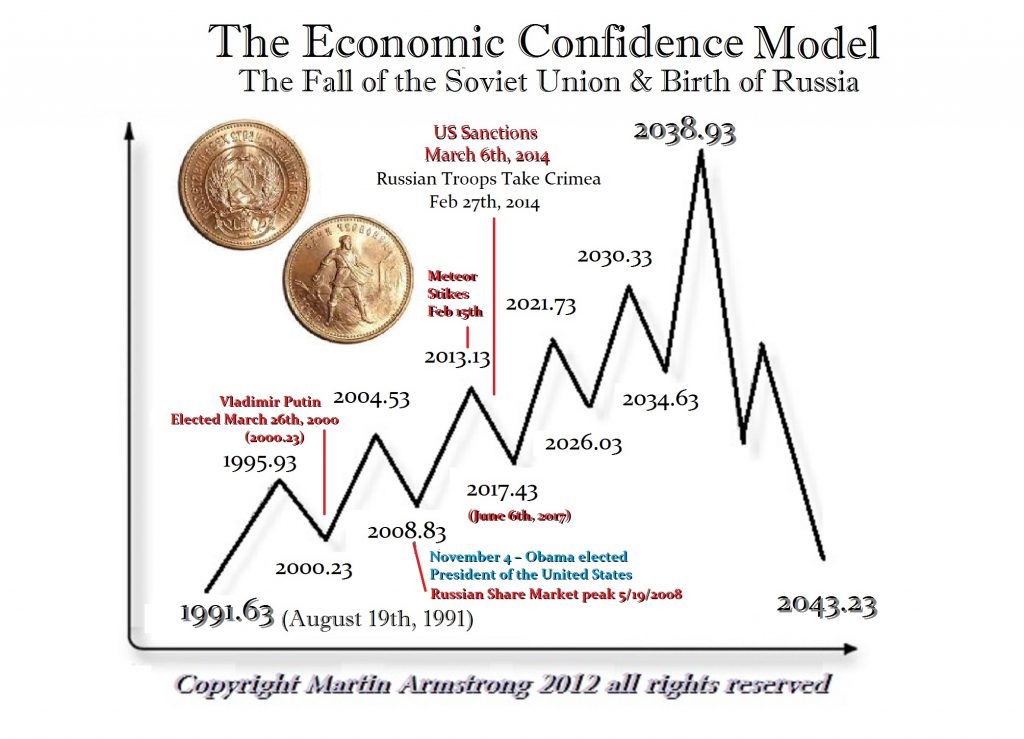 Unfortunately, the baton will pass to Asia. The West will be engulfed in civil strife. The Socialists have killed the economy precisely as did the communists during their revolutions in Russia and China. We have a turning point in 2021 even for Russia.

Industrialization in the Soviet Union was a process of accelerating the industrial potential of the Soviet Union to reduce the economy’s lag behind the developed capitalist states, which was carried out from May 1929 to June 1941.

The official task of industrialization was the transformation of the Soviet Union from a predominantly agrarian state into a leading industrial one. The beginning of Socialist industrialization as an integral part of the “triple task of a radical reorganization of society” (industrialization, economic centralization, collectivization of agriculture and a cultural revolution) was laid down by the first five-year plan for the development of the national economy lasting from 1928 until 1932.

In Soviet times, industrialization was considered a great feat. The rapid growth of production capacity and the volume of production of heavy industry (4 times) was of great importance for ensuring economic independence from capitalist countries and strengthening the country’s defense capability.

Even the industrialization of the Soviet Union was accomplished without a gold standard and subservient wages. It was the people – not its monetary system.