The Democrats are really destroying jobs and the economy in order to bring about Biden’s Build Back Better agenda created by Klau Schwab. They are deliberately trying to destroy jobs that they think threaten the environment which will result also in higher heating bills for people in the very northern states that are so Democratic. The effort to shut down Pipeline #5 which feeds much of Michigan with natural gas from Canada will leave people freezing in the winter with no viable green alternative. 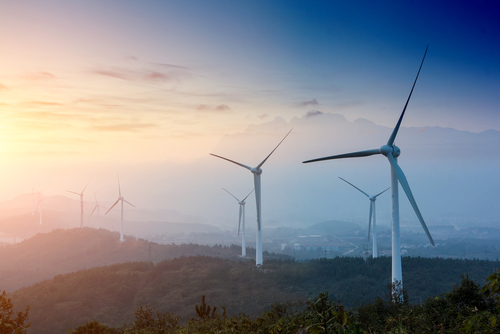 Germany rejected nuclear power after the Japanese problem. Then Merkel has put the country on wind and solar reducing coal all for the green agenda. But as our models have been warning, we are NOT headed into global warming, but toward global cooling. This introduces a serious problem. During severe winter storms, wind declines and temperature plummet. The expansion of wind power in 2020 has resulted in the collapse of Renewable Energy production to its lowest level since the introduction of the Renewable Energy Act (EEG) in 2000. As solar panels are buried in snow and the lack of wind, Germans are having to bear a very cold winter yearning to bring back coal production and nuclear. What may sound good in theory,  like equality for all under Communism, results in a very different outcome. 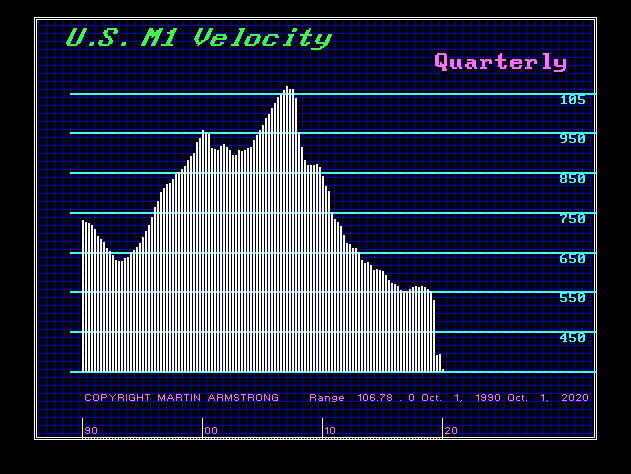 The stark collapse in the velocity of money reflects the real expectations of the future. With Biden taking the White House, international capital simply does not believe the election was fair. The doubt about Biden really winning the election seems to be even stronger outside the United States than within based on all the emails we are getting. This lack of confidence is what we are witnessing in the stunning collapse in the velocity of money. That decline from 2007 subsided and began to improve with the election of Trump. But as the Pandemic was created, that velocity took a nosedive that looks more like the collapse of the monetary system of Rome during the 3rd century AD. This collapse has been simply unprecedented thanks to this politically manufactured pandemic.