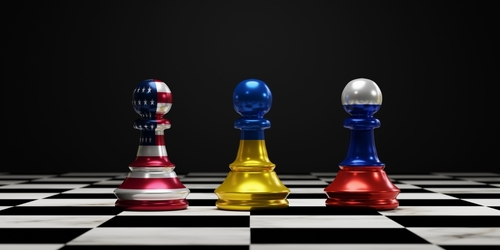 QUESTION: Marty, Socrates targeted the week of April 25 and that indeed proved to be critical for Russia to halt the supply of gas to Poland and Bulgaria, which Western leaders called “blackmail. You said you have short-term targets in time for the war. What is the next one?

ANSWER: There appears to be somewhat of a gap and I know the Western press was touting May 9th for some declaration of war by Putin which did not take place. Our next critical target will be the month of June targeting the week of the 24th. Thereafter, August appears to be an important target which again will be August 23/24. This is not going to subside. Putin will not abandon the Donbas. He is there to protect the Russian population. There is no question that this is really a war between the United States and Russia using Ukrainian to die on the battlefield. Eventually, the West will create some sort of False Flag to escalate the war and perhaps commit US boots on the ground. I would say that is more likely for the week of August 23/24 and the Democrats roll out the standard playbook to create a war where the people will not vote against the incumbents – at least that is what they claim in Wonderland – i.e. Washington, DC.

.We are caught in a wave of STAGFLATION and the Fed has only one tool and that is interest rates. They will raise the rates despite the fact that this will have ZERO impact on solving inflation when it is based upon shortages.