Trump has surrounded himself with a few people who believe that a new Bretton Woods conference will be necessary and they wrongly believe that a return to a gold standard will be beneficial. What they fail to comprehend is that we have had many gold standards in the past and they all failed. Why? Because government can borrow and as long as they can do that, fixing the money supply will not create utopia. It will go bust in a huge way just as the Swiss tried to peg their currency to the euro to prevent the capital inflows.

In terms of gold being involved, this is indeed a throwback to barbarous relic of the past because the financial system does not match the idea of gold being money. The problem has never been whatever we use as a standard. The real problem is the people who manage government. 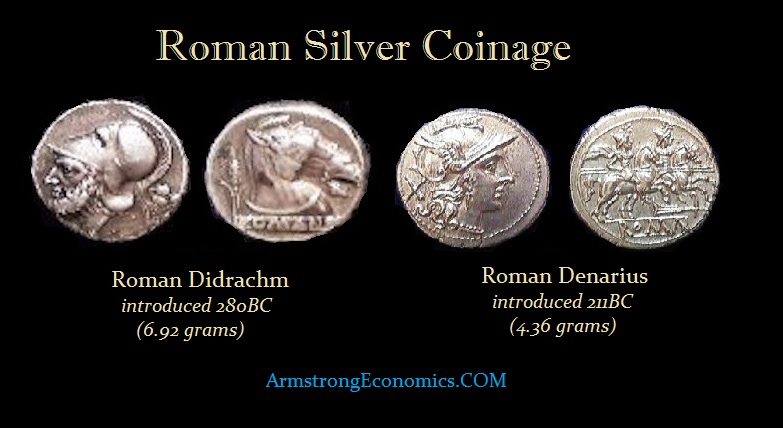 The most direct solution is simply to eliminate all borrowing. The Roman Empire lasted for 1,000 years simply because they didn’t have the modern option of debt financing. There were no Roman equivalent to government bonds. The government owned all the mines. They effectively funded their operations by about 80% tax collection and 20% was funded by the creation of new money. This was a very significant burden on the Roman economy, which was pre-industrial for the most part and at least 75% of its economy was involved in the production of agriculture. Virtually all the taxes and rents raised by the imperial government were spent on the military. The military consumed about 80% of the imperial budget in 150AD.