The Strange Events of Chance Behind Economic Revolutions 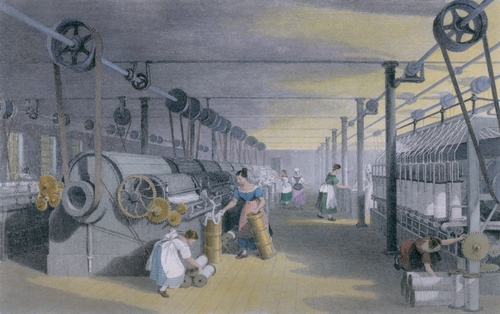 This is an engraving with a modern watercolor of machines making cotton thread by performing mechanical versions of carding drawing and roving in a mill in Lancashire England about 1835. What the Great Reset is all about is trying to ACCELERATE this Fourth Industrial Revolution by regulation to save the planet, as they see it. They actually are using the lockdowns to destroy employment and industries that they see as unfit which is why you hear Boris Johnson saying he will provide free education to retain people for a new type of job – John Kerry telling coal miners to learn how to work in a factory to make solar panels. They look down upon the people as just economic slaves. If you do not enjoy what you do, you will never do a good job. They simply do not understand human nature. 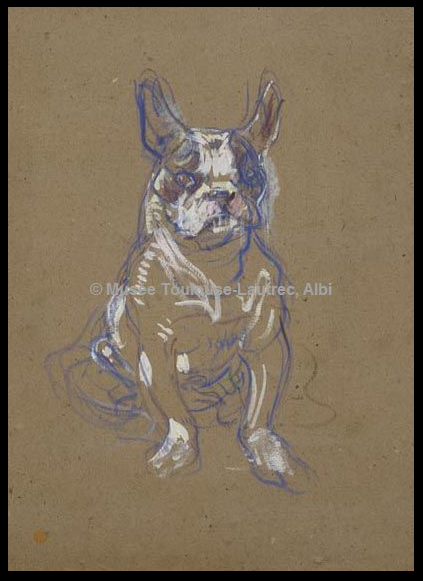 When the First Industrial Revolution closed down many of the small craft shops, lace-makers, for example, emigrated to the North of France. When they did, they took their English little bulldogs with them. The popularity of these little dogs spread from Normandy to Paris and soon the English lace-makers/breeders had a lively trade, exporting small bulldogs throughout France where they began to be called Bouledogues Français. They were favorites of ordinary Parisians such as butchers, cafe owners, and dealers in the rag trade. They became notorious as the favorites of the Parisian streetwalkers, les belles de nuit. The famous artist Toulouse Lautrec depicted in several works Bouboule, a Frenchie owned by Madame Palmyre, the proprietress of a favorite restaurant “La Souris.” 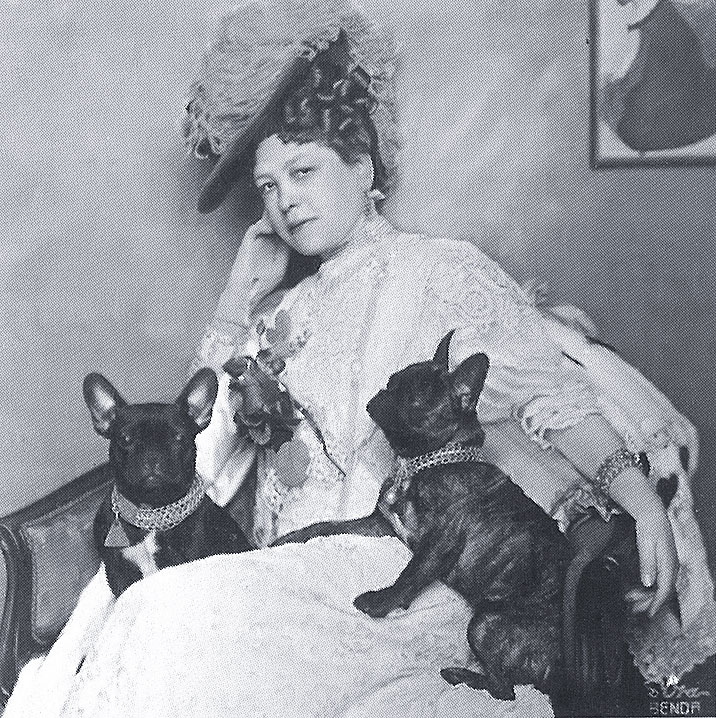 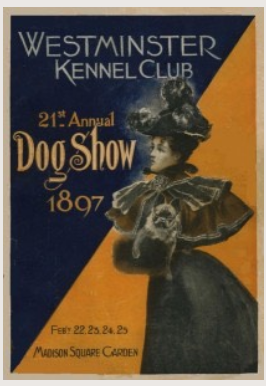 By 1896, the French Bulldogs made it back to England and they became the instant most popular breed by 1896 and they made the cover of the 1897 Westminster Kennel Club. By 1908, this photo of Anna Maria Sacher (1859-1930) who was the Austrian hotel heir, prominently displaying her two French bulldogs shows they were the darlings of high society.

The former English lace-makers who were put out of a job by the First Industrial Revolution stumbled upon an entirely new field of employment. That was not something that government could regulate or dream of no less decree. You cannot direct how the Fourth Industrial Revolution will unfold. It is completely absurd of Klaus Schwab to think he can accelerate it and direct it in such a manner to immediately destroy jobs with no idea how to provide new employment. Not everyone can make solar panels and wind turbines.

How I ended up as an adviser was all by chance. My father wanted me to go to law school, by I did not want to be a lawyer. He pushed me into computers which I did to please him. When I returned to trading, which I did love, because I turned down shipping off to Greenland, Guam, or Vietnam at RCA,  I then realized I could write a program to assist me back in the 70s before there was even the first IBM XT. I was a market-maker in precious metals and then was going to retire after 1980 when the government wanted to declare me a bank because gold was still money under the Constitution. I had provided the advice to dealers provided they gave me the business. 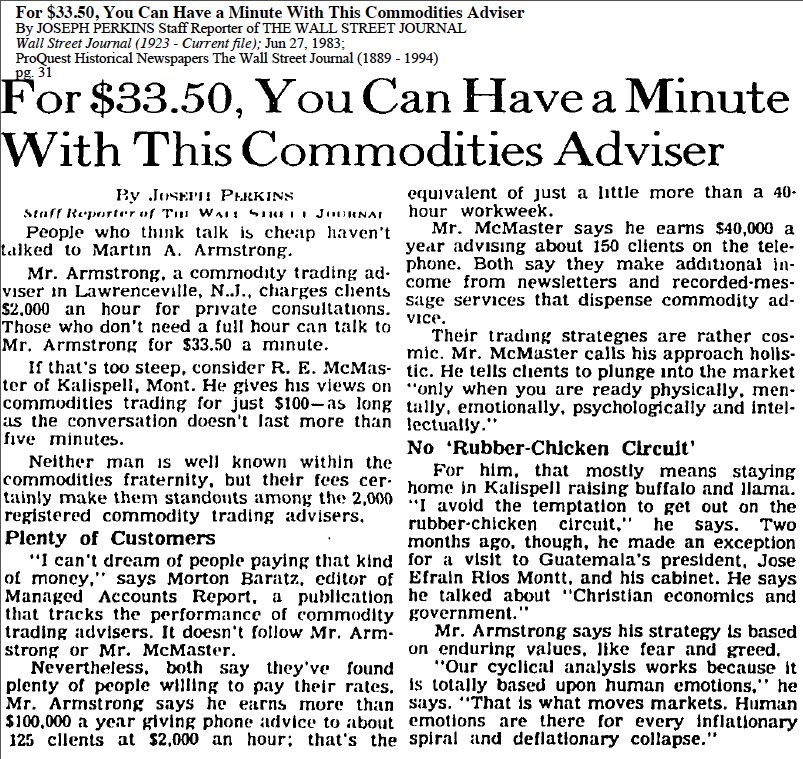 When I was going to retire, that’s when my clients offered to pay for the advice. So I gave it a shot and the next thing you know, I became the highest-paid adviser in the world at $2,000 an hour they set the fee – not me. The journalist Joseph Perkins, called me back to say after talking to my clients around the world, he said that they commented that if I charged $10,000 they would pay it. Because I was involved in foreign exchange and there were few people around back then, I became international because of the FX markets. The Wall Street Journal wrote about it back in 1983 but focused only on what I made rather than what I did. 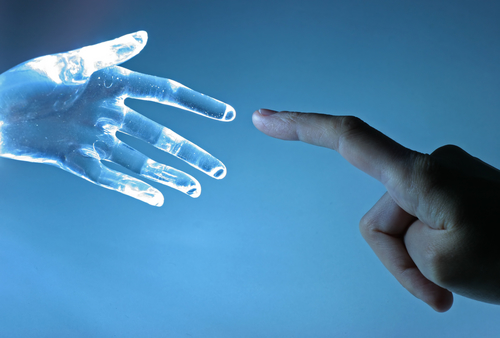 Consequently, there is no possible way the government can direct the Fourth Industrial Revolution and Klaus Schwab just fails to understand that things develop without some grand master plan. He talks about AI but does not have the slightest idea of real AI or how it even functions.