The Refusal to Understand Economics 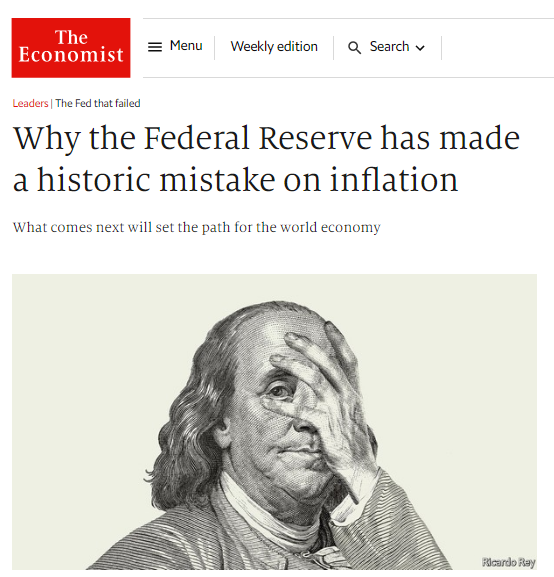 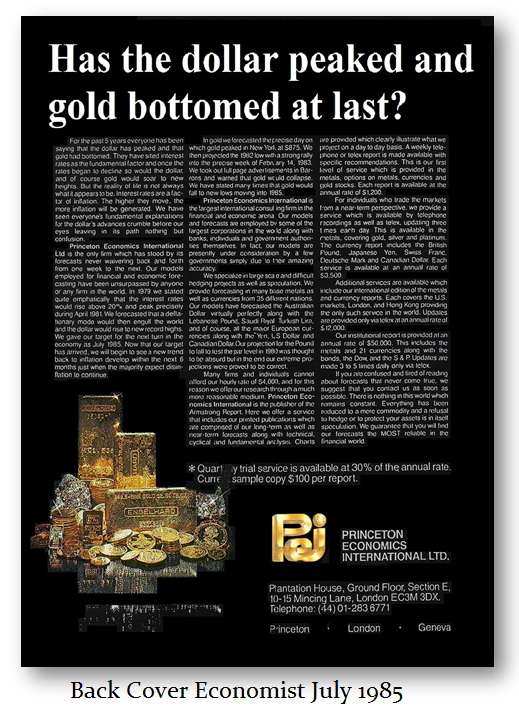 Once upon a time, I use to respect The Economist. I even took the back cover in July 1985 to announce that the Economic Confidence Model was beginning a new 51.6-year Cycle that was a Private Wave that would ultimately peak in 2032. I boldly announced the bottom in gold and the peak in the dollar taking the back cover every week in July 1985.

The Economist just released its cover article sadly demonstrating that the publication remains in the Dark Age of economics. They began:

“Central Banks are supposed to inspire confidence in the economy by keeping inflation low and stable. America’s Federal Reserve has suffered a hair-raising loss of control. In March consumer prices were 8.5% higher than a year earlier, the fastest annual rise since 1981. … It is the Fed, however, that had the tools to stop inflation and failed to use them in time.”

To say I am shocked at their reporting that is no better than a first-semester student in Economics 101 is an understatement. It reflects a complete lack of comprehension of how the economy even functions and adopts the politician view that they are NEVER responsible for inflation – it is always the central bank. They do not understand that this inflation was caused by the COVID lockdowns that led to shortages and then governments embracing Climate Change and trying to reduce fossil fuels before there was a viable replacement. There were no tools that any central bank could have employed to deal with shortage-driven inflation. Raising interest rates only increases the cost of production adding to inflation. Raising rates to stop inflation at best would apply to only a speculative boom – not a shortage.

Clearly, they have not bothered to take notice that something major took place with the fall of Bretton Woods in 1971. Previously, the theory was if you borrowed, that was less inflationary rather than printing more money. Of course, that was a throwback to the days of Gresham’s Law when currencies traded in Amsterdam were based not on political-military power, but on the pure metal content. The debasement of the coinage by Henry VIII (1491-1547) led to (1) the higher-based coinage being hoarded and (good drives out the bad), and (2) the decline in the value of English coinage trading in Amsterdam.

That theory became the Quantity of Theory of Money which today is totally obsolete yet that is what we hear all the time when the Fed increased its balance sheet. Consequently, under this theory, Quantitative Easing should have been inflationary following 2008 but the Fed and other central banks could not create 2% inflation. That even led to some claiming MMT (Modern Monetary Theory) proves that the creation of money is NOT inflationary.

It was barely two months after we announced the beginning of a Private Wave in the Economist in July 1985 that in September 1985, the central banks were all called together and formed the G5 and then proclaimed that they wanted the dollar lower by 40%. This was James Baker’s brainchild that manipulating the dollar lower would reduce the US trade deficit and create jobs. 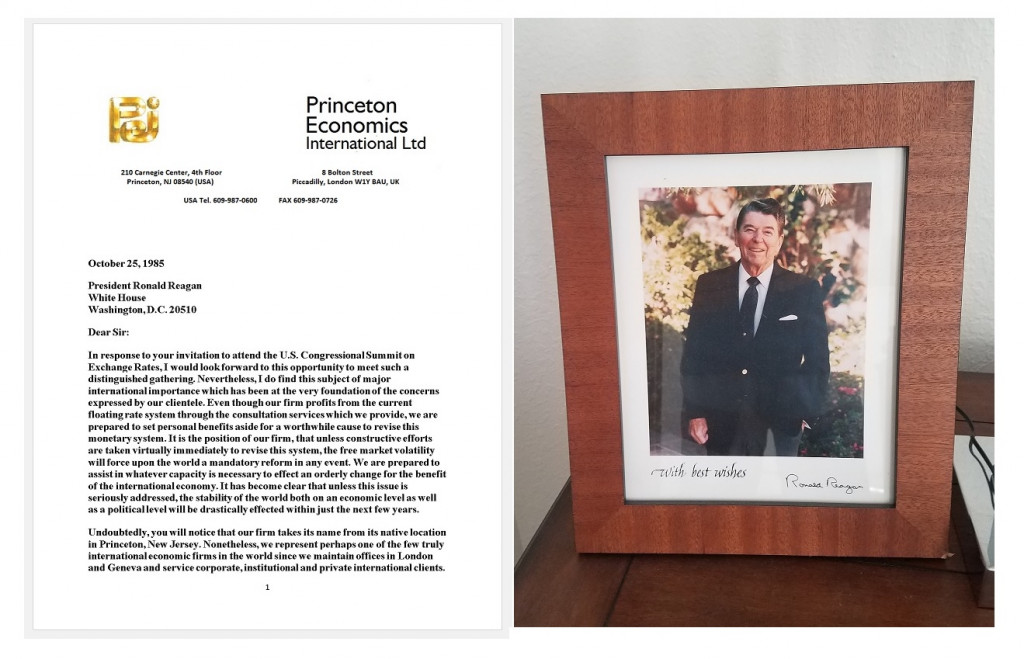 I was summoned to be among the global experts who were solicited for advice but they never listen. It is always a dog & pony show so they can pretend they summoned the top experts in the world and then announce what they intended to do anyhow. Of course, it is always pretended to be based on independent advice. However, that is just not how Washington or any government really functions. So I wrote to President Reagan and warned that devaluing the dollar to reverse the trade deficit would lead to a financial crash. 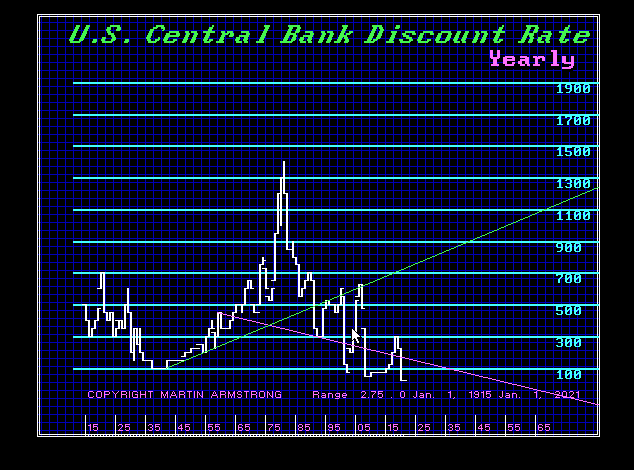 The President ordered Beryl Sprinkel who was the 14th Chairman of the Economic Advisers to the President (1985-1989) to respond. It had been the rise in interest rates to 14% under Fed Chairman Paul Volcker to reduce inflation that led to the Deflation. Capital poured into the dollar for the high-interest rates which peaked precisely with the previous ECM wave in March 1981. Thereafter, the dollar soared driving the British pound down to $1.03 in 1985. That action by Volcker set in motion the dollar rally, the deflation, which prompted the formation of the G5 in 1985. Every mistake causes yet another mistake to try to reverse the last one.

Clearly, the entire theory that the Economist is still clinging to currently is unsupported by the historical evidence. The raising of interest rates to stop inflation led to the explosion of the national debt thanks to the servicing costs. In 1980, the national debt stood at $907.7 billion. By 1989, the debt reached $2.857 trillion. The raising of interest rates created deflation near-term but expanded the inflation longer-term. When Keynes came up with this theory to manipulate the economy, the US government was running balanced budgets – it was not the biggest borrower. Today, a central bank raises rates and it has NO impact on politicians. They will not say -OMG, we should spend less! This is why Keynesian economics is collapsing today.

The Plaza Accord set in motion the 1987 Crash. They failed to understand that lowering the value of the dollar may have made US goods appear cheaper overseas to reduce the trade deficit, but at the same time, it also devalues all the US assets in the eyes of foreign investors. After selling more than one-third of the US national debt to the Japanese, the lowering of the dollar by 40% would mean a 40% loss on their holding of US debt. The solution – SELL!

As the dollar began a free-fall, the central banks began to realize this was a mistake. The Louvre Accord was an agreement, signed on February 22, 1987, in Paris, that aimed to stabilize the international currency markets and halt the continued decline of the US Dollar caused by the Plaza Accord. The agreement was signed by France, West Germany, Japan, Canada, the United States, and the United Kingdom. Italy declined to sign the agreement. The Group of 5 became the Group of 7 – G7 (now G20).

The G7 meeting of central bankers and finance ministers in Paris announced that the dollar was now “consistent with economic fundamentals.” They announced that they would only intervene when required to ensure foreign exchange stability. The objective was then to manage the floating currency system. When the dollar continued to fall, the CONFIDENCE in the central banks being able to manipulate the currencies collapsed. The expectation became that the dollar would fall yet another 40% and the Federal Reserve could do nothing to prevent it.

Democrats gained control of Congress in 1986 and immediately called for protectionist measures. That was the very same response during the Great Depression which many blamed as a component of the Great Depression. In reality, politicians should be barred from ever playing around with the economy. They are clueless as to how it functions and they repeatedly make the same mistake over and over again.

The dollar depreciation agreed to in 1985 at the Plaza Accord, failed to really improve the trade perspective. In 1986, the trade deficit actually rose to approximately $166 billion with exports at about $370 billion and imports at about $520 billion. The object of manipulating currency to try to create jobs and alter trade flows proved to be completely false. 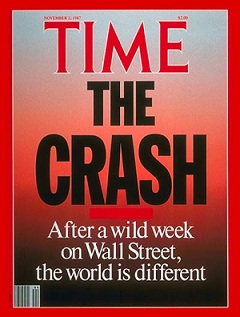 My concerns warning the White House that volatility would increase made back in 1985 were materializing. What they did not understand was that lowering the dollar in value also led to a shift in capital flows and the selling of US assets. Foreigners were suffering losses by financing the U.S. trade deficit by purchasing United States Treasury bonds in an attempt to ease the trade deficit criticism. We were advising the Japanese to buy gold on the New York COMEX, export it, and then resell which would also make it appear that the US exports were increasing. However, the lower dollar was then resulting in the importation of inflation into their own nations.

The press back then never understood the crash. I was called in by the Brady Commission charged with investigating the causes of the Crash. Of course, they would not blame the government. The best I could do was to prevent a witch-hunt on Wall Street and the final report casually mentioned that they believed foreign exchange had something to do with it.

There is probably nobody else who has dealt with more central banks than me from China to Switzerland and into the Middle East. To read this cover story by the Economist was indeed shocking. They are obviously still under the impression that inflation is the result of the rise and fall of the money supply that dates back to the days of Henry VIII. I dare say, things have changed slightly.

Today, governments have borrowed relentlessly. But the debt is acceptable now as collateral so national debts are simply money that pays interest. That is completely out of the scope of the central bank so it DOES NOT have the tools to prevent or create inflation. The politicians always want to spend whatever it takes to win the next election and then blame the central bank if it resulted in inflation. It is a sad day that the Economist is so out of touch it’s rambling and that of someone serious out of touch with reality. In 1997, I wrote again to then-Secretary of the Treasury Robert Rubin warning that his comments once again about lowering the dollar for trade was the same mistake that led to the 1987 Crash. It was future Tim Geithner who responded that they now believed in a strong currency. 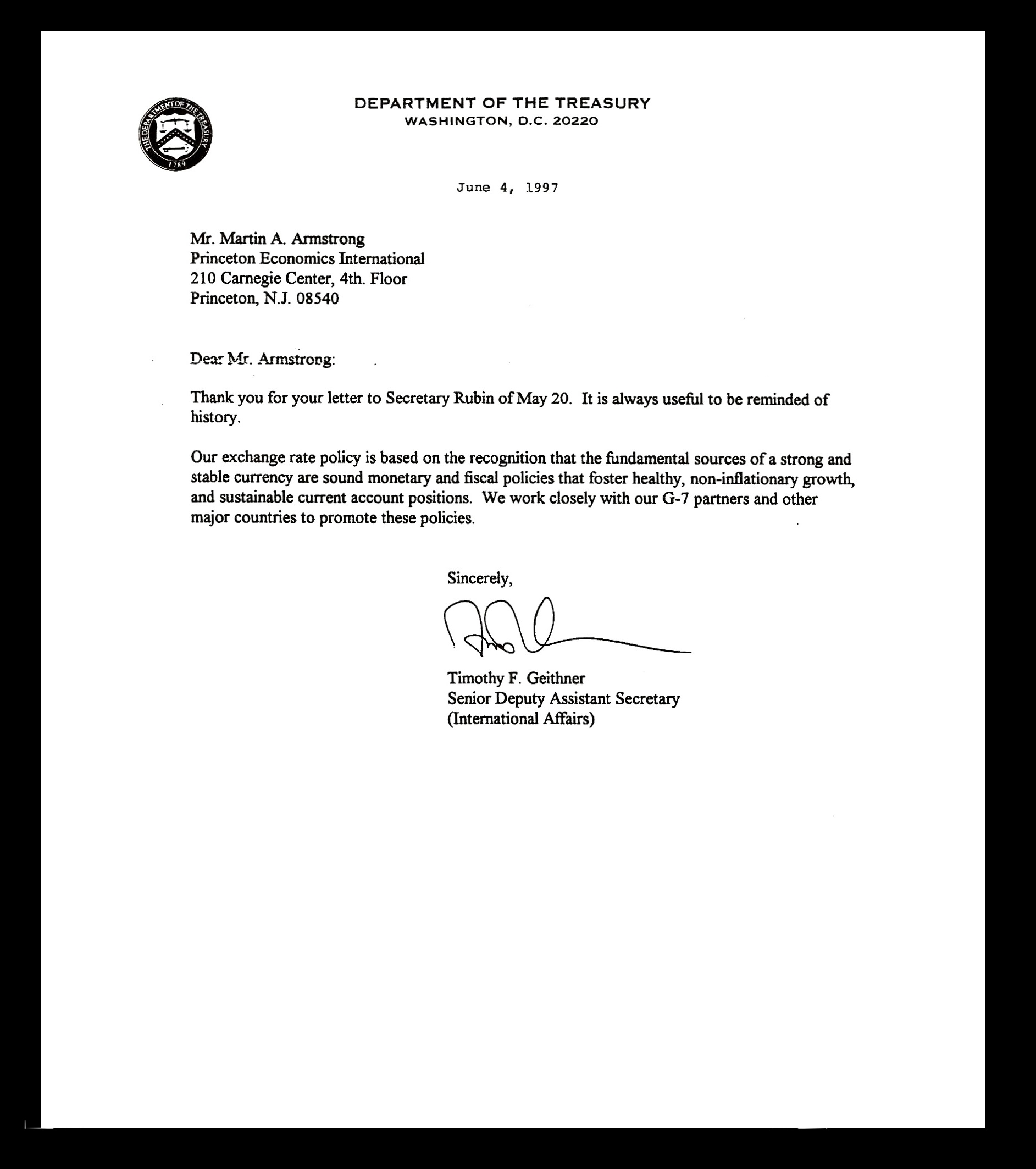