The Gates Agenda – Control Everything 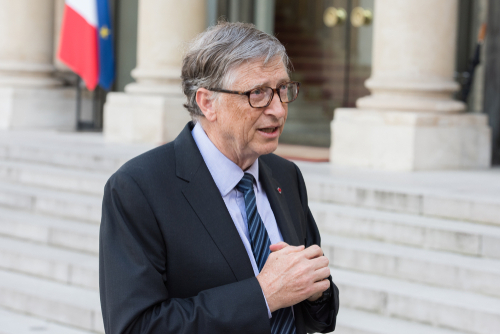 Bill Gates, who nobody cares to investigate, is once again using blacks in Africa as his guinea pigs; allegedly bribing politicians to allow him to conduct his experiments. Gates is launching his digital ID with vaccines being linked to digital payments systems whereby all physical money is eliminated. This is a take over of the entire world where he gets to not just control health, but you will not be able to buy, sell, or work without his digital ID.

Gates has successfully completed his monopoly on health and has used COVID-19 to escalate it to the point that we are all divided and will be unable to resume any normal life without his ID and approval. We accept the Gates agenda or we will be ostracized from society. Those in power take an oath of office which they do not take seriously. They swear to protect the people and the nation “against all enemies, foreign and domestic,” which they clearly violate when they seek to inflict Marxism which is in direct conflict of a free society.

No doubt, someday they will probably make a movie theorizing how many lives would have been saved if someone had assassinated Bill Gates as they have done with Adolf Hitler. That ultimate question will be answered only with the passage of time.

An individual, except the President, elected or appointed to an office of honor or profit in the civil service or uniformed services, shall take the following oath: “I, AB, do solemnly swear (or affirm) that I will support and defend the Constitution of the United States against all enemies, foreign and domestic; that I will bear true faith and allegiance to the same; that I take this obligation freely, without any mental reservation or purpose of evasion; and that I will well and faithfully discharge the duties of the office on which I am about to enter. So help me God.” This section does not affect other oaths required by law.

« Should The US Invade Melbourne Australia to Restore Human Rights Like Iraq?
Protests Are Rising Worldwide Against these Lockdowns »