The Danger of an Idea – Just Change the Label to Environmentalism 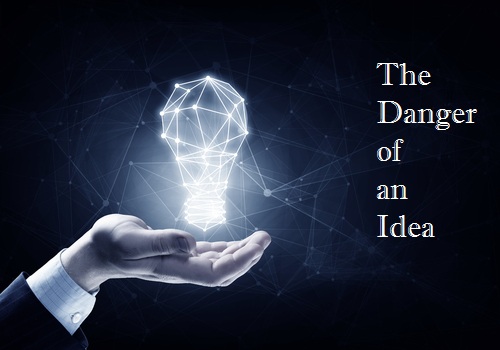 COMMENT: The totalitarian need for and use of the new idea.
First, after the French Revolution, the idea was Marxism . which led to Lenin, Trotsky, Stalin, Neocons and so many totalitarians.
Today, Marxism is sort of worn down a bit, and suspected, so the new necessary idea is environmentalism, in celebration of which; the hoi polloi will vote themselves into chains.
The idea conquers all logic. So, conclusion—– climate change never happened before.

REPLY: I find it curious how this idea of taking other people’s assets is one of the prohibitions in the Ten Commandments, meaning that it is a very old idea that keeps resurfacing. You are correct, it is always the same solution. When it is discredited like Marxism, then change the label and call it “socialism” to oppress others. When that becomes old, they call it “progressivism.”

Even Teddy Roosevelt, who was a Republican, began his Progressive Party based on Marxism without ever using the label. We now have Elizabeth Warren and Bernie Sanders calling themselves “Progressives” trying to avoid the word “Socialist” with the same platform.

Once again, they change the label but the solution remains the same — seize private property because the government should run everything, and use regulation to oppress the behavior of people to destroy the Industrial Revolution and send everyone back to a commune style life.

« The Pursuit of Knowledge
Socialists Want to Outlaw Speculation »