The issue of credit default swaps (CDS) in 2017 is running at twice that of last year reflecting rising concerns of another coming crash. The number of hedge funds and banks dealing with highly sensitive credit derivatives has reached almost $30 billion in 2017 up from only about $ 15 billion in 2016 and just $ 10 billion back in 2015. The credit default insurance, which is supposed to pay certain amount of money a particular company or government registers its insolvency. The trading in CDS was blamed by numerous observers for creating the financial crisis that became a widespread contagion in 2008 in particular.

Hedge funds are now investing in these risky securities in order to achieve returns on the order of magnitude that are difficult to achieve in the current market environment due low interest rates. High-profile funds such as Apollo, Brigade Capital and Blue Mountain are among those who bought tranches with terms of 2-3 years, according to the FT. The real danger with this instruments is that the next crash will be far worse in the bond markets than at any time since 1931 and the prospects of actually being able to collect on these time-bombs is more unlikely since the entire system will freeze. The crisis is one stemming from liquidity and failure to understand the contagion will lead to significant losses.

The pending view on the stock market remains extremely bearish among professional since their historical view is very myopic and their models rarely extend back before 1971. The was the entire reason Long-Term Capital Management collapsed and set off a crisis that became a contagion. Because they could not liquidate positions in Russian debt, they were forecast to start selling investments around the world to raise cash to cover losses in Russia. Therefore, you can have a great solid investment in an area unrelated to the bond crisis, yet that investment can tank regardless of the fundamentals.

This is the REAL RISK that we face – the CONTAGION. This is why we absolutely must keep and eye on the Global Market Watch to pick up on shifts in trends being caused by directional changes in capital flows. This will NEVER be forecast by fundamentals. The words written by Herbert Hoover explaining the CONTAGION that resulted in the Great Depression are relevant today. Replace the events with 2010 and the Greek bond crisis and they still apply. 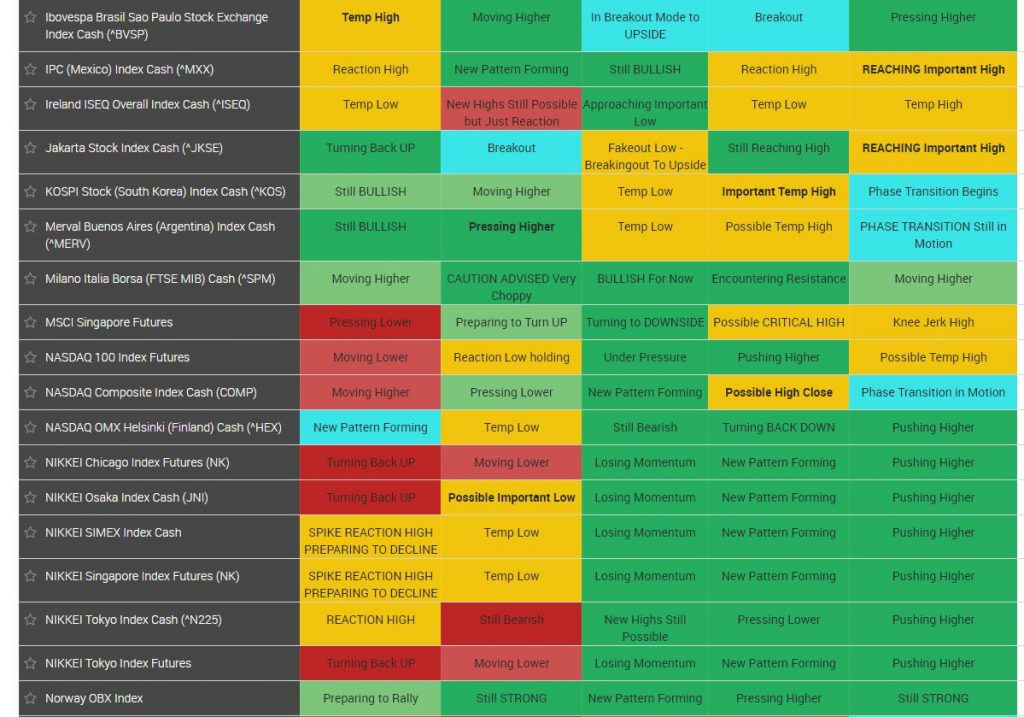 The Global Market Watch shows you the entire world at a glance. This is the best tool that shows when a CONTAGION is starting for it is monitoring everything that moves.