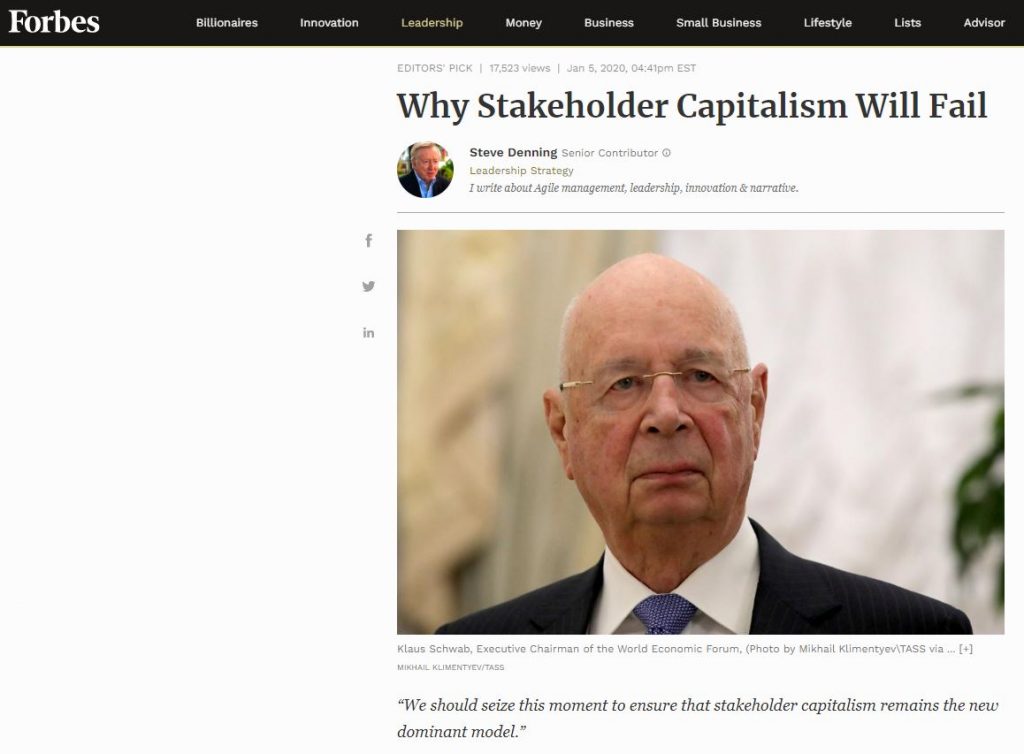 QUESTION: It would please me if you would comment on the subject of “Stakeholder Capitalism” vis-a-vis this article from Forbes.

ANSWER: I have actually gone into detail on Schwab’s absolute Marxist philosophy of “Stakeholder Economics” economics where a corporation’s first loyalty is to the community and not the shareholders to the point it must even take care of the homeless. This is the foundation or core objective of the World Economic Forum. It is simply Marxism and it will fail in such a grand way, it will completely destroy our economic system.

Corporations are overtaxed for they pay taxes on income, then a dividend tax, and then the shareholder pays income tax on the dividend they receive. The same income is already taxed three times just at the federal level. Corporations are not charitable organizations and no government treats them in such a manner. This nonsense of being fair is the same reasoning applied so many times and it has ALWAYS, without exception, destroy the economic system where it has been deployed – NO EXCEPTIONS!!!!!!!!

Yes, I have personally met Klaus Schwab. Sorry, I really see him as a serious threat to the world economy because he has built his following with the World Economic Forum which in itself is not allegedly known for its own transparency when it comes to its finances. This Stakeholder Economics of Schwab is nothing more than Marxism in Sheep’s Clothing. This is why he supports Piketty who champions communism arguing that the disparity of wealth is a big crisis. That argument destroyed Argentina and reduced one of the biggest producers of beef at the start of the 20th century to one that had to ration beef for its own people like Russia.