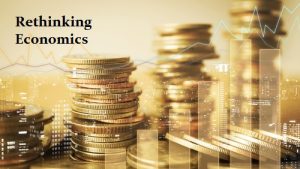 The BBC wrote a piece on the failure of economics. “Many non-economists will say that the economists must have been stupid not to realise what was wrong with their subject. All that I’ve set out here should have been obvious,” the article commented. Indeed, the field of economics has been really a disaster because people are still trying to manipulate it and create the land of Utopia. They assume the power to control and eliminate the business cycle exists, which began with Karl Marx.

We have people focusing on the disparity of income who argue that is the whole problem. Nobody seems to have a mirror or is willing to just look at themselves. Nobody will even question why governments are borrowing year after year with no intention of ever paying anything off. We constantly have fights over raising debt ceilings that will always have to be raised. The question is never asked: “Do we have to revise both the monetary system and the political system to prevent massive civil unrest?” This battle waged by the left to subjugate the right only leads to violence.