Our Flawed Monetary System & Why it is Doomed 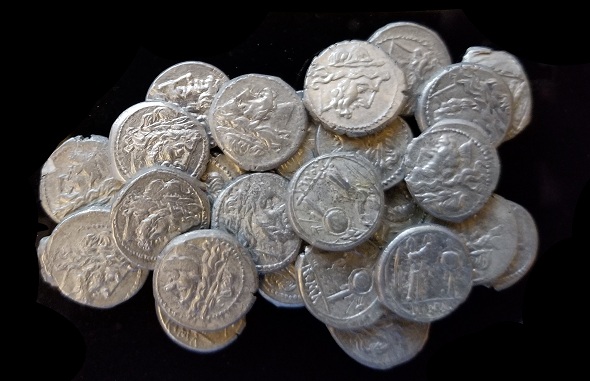 QUESTION: You mentioned that Rome had no national debt and no central bank. Exactly how did it function for 1,000 years?

ANSWER: In addition to not having a national debt or a central bank, Rome had no police force or agency charged with enforcing the law. There were specific crimes against the state that would be prosecuted such as arson and treason. But the prosecution of a murder would be carried out by the family. The responsibility for enforcing the law thereby fell on the kin, tribe, gens and patron of the offended individual.

It was the King of England after Magna Carta who began to prosecute people for what was private crimes all so he could make money. By the time of the American Revolution, there were 240 felonies all of which carried the death penalty. So the king got to confiscate all your property and throw your family out on the street all based on what had historically been a private dispute.

As far as finances, the government simply minted coins to pay its expenses. As I have said, if we just created the money to fund the government rather than borrow, it would be far less inflationary. Because we borrow, with no intention of paying anything off, we must keep paying interest to roll the debt. That suppresses the economy, for it is competing with the private sector. It is a contributing factor as to why 70% of small business get turned down for loans that would expand the economy.

As shown here, the accumulative interest expenditures eventually exceed 70% of the total debt so the money never went to anything such as schools, roads, or social programs. If the government simply created the money, as did Rome, then the economy is segregated between public and private.

Today, the Fed raises interest rates to slow our spending yet it increases the spending of government. It is impossible for the economic theories of Keynes and Marx to ever function when the government is the single greatest borrower. Our current economic system is doomed. No rational person would EVER create such a completely flawed monetary system as this.