Nobel Prize is Not Handed Out For Accomplishment but for Politics

QUESTION:  Hello Martin,
It would be very interesting to hear your thoughts about this year Nobel Prize winners in Economics and their work. I insist it should be you and your team that gets such prize, but will that ever happen?..
Much appreciation for your great contribution to humanity, best wishes from Scandinavia,
AM 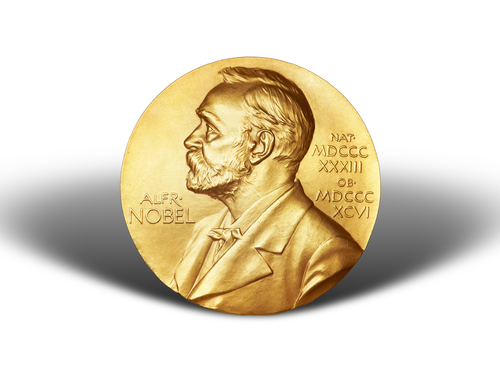 ANSWER: They gave Obama the Nobel Prize for just being the first Black president before he even did anything. The Yale economist William D. Nordhaus won the Nobel Prize in economics as always not for actually proving something, but for supporting something they just want to hear. Nordhaus has spent the better part of four decades trying to persuade governments to address climate change, preferably by imposing a tax on carbon emissions. Many countries had adopted his views and used it to justify imposing taxes such as Canada right down to every home.

Economics is a “SOCIAL SCIENCE” which means you do not have to actually produce anything and prove it is true as in physics. Every year we have disappointment after disappointment because there are no actual criteria to warrant a Nobel Prize in Economics. All you have to do is paint a pretty picture like Karl Marx that Utopia is just around the corner and all we have to do is surrender more if not all our rights to the government.

The fundamental idea upon which Nordhaus has based his proposition is that government can alter and manipulate society by punishing them with taxes. Nobody advocates smaller government and more freedom to the people. That is simply heresy in Economics. There is NEVER any study of the past. There is also just the assumption that we are sheep to be herded and slaughtered. There is no belief in the rights of the individual. It is always that the good of the whole (government) takes precedence over God, Family, or human rights.

I will NEVER win a Nobel Prize because I believe in human rights, free markets, non-governmental interference, and that the best of civilization has been created by individuals and not by governments. Handing power to governments to manipulate the economy opens the door to corruption for then special interests will bribe the politicians for favors – i.e. Clintons making student loans nondischargeable at the request of bankers.