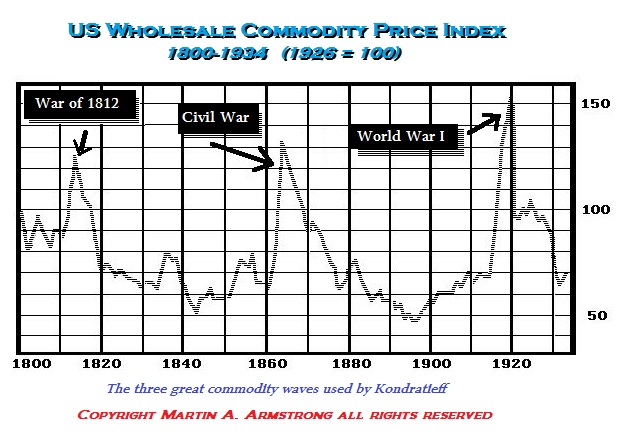 QUESTION: Hello Mr. Armstrong,
I would first like to thank you for your work on the public and private blogs so we small investors can understand the greater trend that has been building for quite some time.
I also hope that your health conditions have gotten better and that you are recovering.
Your work has deeply shifted my view from the university education that I have just now finished; ideological stances are everywhere.
However, I am confused about a subject that is not an economic one -COVID.

Regardless of the political motives being used with this virus to create the premises of a “new” socialist revolution (political Economy); this virus has come right around the 2020 solar minimum so are we to expect this virus to continue in some way shape or form (Mutate or another virus)?

Furthermore, what guidance would you give to the next generation (West), those coming in this new cycle of China’s undeniable Empire now facing inward in building their domestic economy?
We are seeing all the hallmarks of the end of the Western Empire’s absolute reign with crippling doomsayers, more broadly the cultural landscape of the West (Climate Change, Equality against Freedom)?

Thank you for reading this entirely, I hope you all the best
Sincerely
RLB 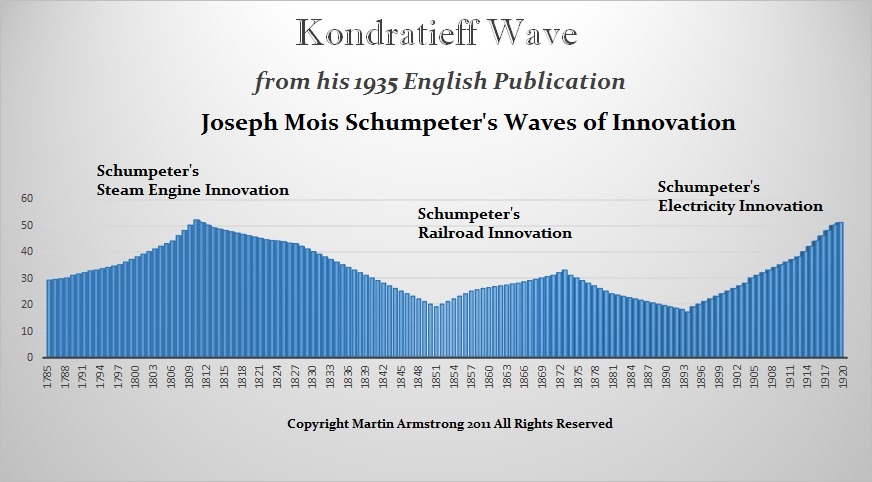 ANSWER: The Kondratieff Wave has been seriously abused over the years. Look at the economic structure from when he constructed that data for the wave. Commodities were 70% of the economy during the mid-19th century, falling to about 40% by 1900, and eventually 3% by 1980. This is why the Kondratieff Wave failed to work as people were predicting. The next ideal turning point will be 2028. 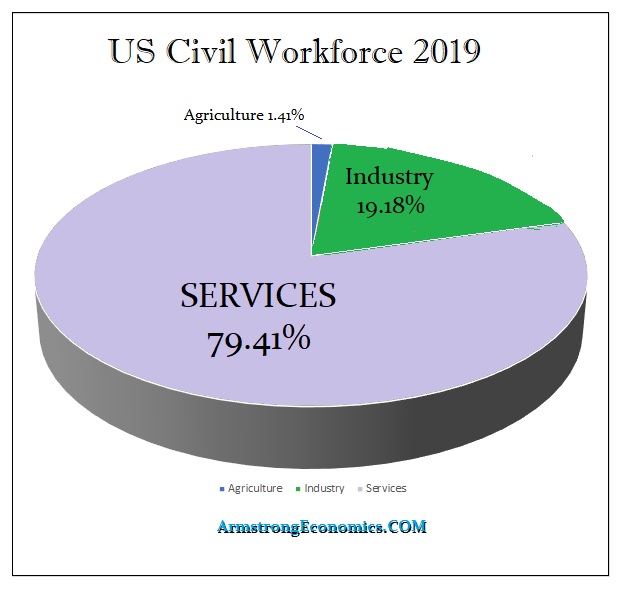 If I constructed a cycle based on the snapshot of the economy today, 70% would be the service industry. But things change with time so the model must also adapt to the changing structure of the economy. Additionally, there were waves of innovation pointed out by Schumpeter, but even this still missed the underlying causes. Prices certainly soared during the war, for this is when food production was also disrupted. Make no mistake about it, this COVID scare has reduced food production precisely as what unfolds during a war.

Even this still fails to dig deep enough. This was also a solar minimum. We were gradually coming out of the Little Ice Age and it was still cold into 1850. Therefore, the rise in warming has been a dead-cat bounce. Consequently, we are still in a position where we are vulnerable to a decline in solar activity, which is already reducing food production. Shortages will be seen in North Korea which will incentivize an invasion of the South if they see the USA becoming divided and weak. We also see crop failure in China. The rise in prices will be from SHORTAGES, not speculative demand.

Even if we assume that this virus was manmade, that does not prevent it from mutating. The common cold is a coronavirus and we cannot cure that. This will most likely mutate for years to come. That does not mean we should be locked down with masks for the rest of our lives.

As far as guidance is concerned, first, forget European languages and start studying Mandarin. As far as skills, look to technology. Programming will be critical, for it teaches you what is possible in this new age of artificial intelligence.