Is Anthony Fauci the Destroyer of Worlds? 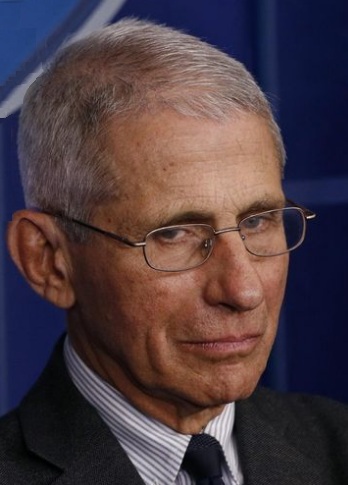 Thank you very much for your dedication and hard-work educating those people that are willing to listen. Thank you for being here with us during these turbulent times and being that beacon of light we need so desperately.

When do you foresee this chaos to end? People are afraid and are acting really crazy, wearing masks, latex gloves and keeping a distance between each other as though everyone has leprosy. Stores like Trader Joe’s are regulating shoppers to a minimum of 30 people, while a huge line forms outside of their store. When shopping, the workers all have latex gloves, and continuously use antibiotic soap. We cannot even stand in front of a register nor hand the cashier money. They expect you to place your bills on the counter and slide it to them. Then they throw the recipe in your grocery bags.  The world has gone mad! Ohio has implemented shelter in place (Stay Home) order to combat COVID-19 going into effect Monday at 11:59 pm and scheduled to last until April 6.

Once again, stay healthy and safe and thank you so much for all that you do,

ANSWER: The computer has been projecting the two target weeks of March 23rd and April 6th since the start of the year. I believe we then see is the dust settles. But Anthony Fauci will go down in history as the Destroyer of Worlds. I have never in my long career ever witnessed such absurdity as this man has created. Yes, it is true if we all stayed at home we can beat the common cold.  For this guy to only look at his field and say that is the solution is beyond comprehension. He is clearly a LINEAR THINKER and the press has been a coconspirator because they have ONLY been interested in selling advertising by hyping this to insane levels but they are foolishly destroying the very people who advertise. The medical profession which just follows orders is unknowingly losing their pension money. Some states may even use this to justify seizure private pensions for the people’s own good.

I have spoken to a fairly large company that is still not in what we would classify as “big business” and the solution that they have come to is they will stop paying bills to preserve cash. Others have said where they had been looking at reducing high paying jobs easing them out over the next year, they have brought that forward and are using this crisis as the excuse. These decrees that small business must shut down, has anybody bothered to decree that their rents must also be suspended?

Anthony Fauci has created a Great Depression and unemployment will jump from the lowest since the 1960s and may retest the Great Depression high of 20%. There was a forecast that unemployment would retest the lows going into 2019 and then rise into the 2023 period where it could be a slingshot up to retest the Great Depression highs. It has always been my job to just report what the computer projects. Some people try to challenge me on a personal level. You cannot fight the message, so attack the messenger. I have said every time that I second guess the models, I am the one who is wrong. This was one such forecast I was uncertain about. I could not see fundamentally how the economy could collapse so fast. But low and behold, fate has given us Anthony Fauci which I believe will have destroyed more businesses and wiped out more jobs than any economic event historically surpassing the Great Depression and war. 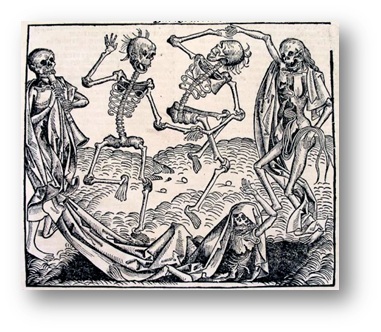 I do not see where Fauci’s recommendations have been warranted. This may be a little more aggressive than the flu, but we are still not talking about it reaching an epidemic. It has already subsided in China and South Korea. My discussions with medical doctors in Italy suggest that nobody has died from this virus alone. They have some precondition and then the complications lead to death when severe. This is not the Black Plague.

« Is it Even Possible to Predict a 10-Year Plan?
Black Death Created Capitalism – Virus Kills Capitalism »