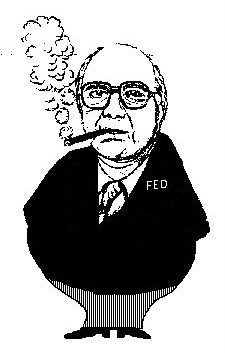 A while back you made mention that there was fear that the dollar would split. I believe this was in the 1970’s, soon after the anchor to gold was lost. If that is the case then it looks like gold reflected that lack of confidence and I wonder whether it really was oil or the lack of confidence that sent interest rates higher?

If the above is true, how can we determine lost confidence today with floating currencies and central banks buying so much sovereign debt? Is there something that will “give way” in your opinion that will be the tell tale sign?

ANSWER: Yes, the increased buying of debt by central banks will demonstrate that the appetite for sovereign debt has declined. This is a reflection of the shift from public to private investment. The collapse in confidence came when Jimmy Carter was elected president.  Although a nice guy, he was seen as just incompetent. When Russia invaded Afghanistan, that shot gold up dramatically for fear of geopolitical events.

The OPEC price shock created inflation for everything that relied on cheap oil from car production to plastics. This set in motion a systemic wave of inflation as we are witnessing today thanks to the lockdowns which cut off supply routes. Volcker was fixated on inflation and the gold standard so he rose rates excessively to stop inflation but he failed to account for the fact that it would more than double the national debt due to higher interest expenditure. We are witnessing once again a systemic increase in inflation which is once more broad-based.