Importance of Police/Army in a Revolution 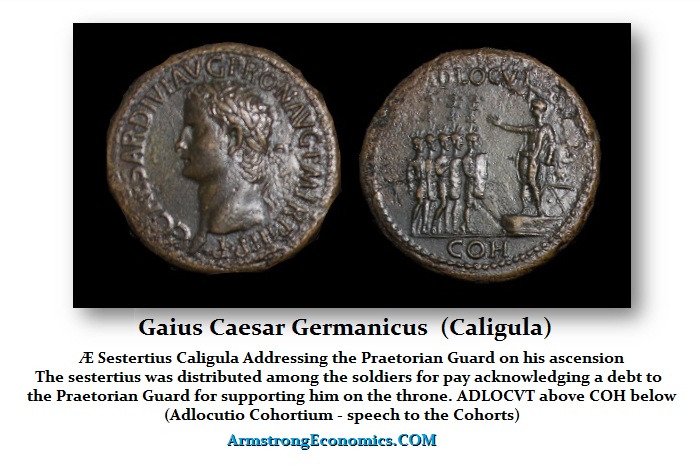 This Æ Sestertius struck at the Rome mint showing the legend ADLOCVT COH on the reverse, pictures Gaius standing left on daïs, extending a right hand in a gesture to address the Praetorian Guard.  COH in exergue means cohorts while ADLOCVT is his speech or allocation to the troops. He is acknowledging that he holds power over Rome only because of the support of the troops.

Caligula was murdered at the Palatine Games by Cassius Chaerea, a tribune of the Praetorian guard, Cornelius Sabinus, and others. Caligula’s wife Caesonia and his daughter were also put to death.  The murder of his wife and daughter demonstrated that this was an attempt to re-establish the Republic. 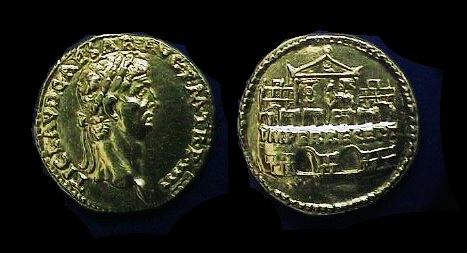 However, Chaerea did not control the loyalty of the majority of the Praetorians. Without an emperor, there was no need for the  Praetorians. As a result, they searched the palace to find Caligula’s uncle Claudius who was said to have stammered. They quickly proclaimed Claudius, as emperor and they seized Chaerea who was then sentenced to death. Chaerea requested to be executed with his personal sword, and this is said to have been granted. Here is a gold aureus of Claudius picturing the Praetorian Camp also acknowledging that his power was because of the Praetorian Guard.

Here we have a valuable lesson from history. The government survives if the army/police are loyal to the state for, without the state, they become unemployed. Hence, many will fight for their personal privileges. Human nature never changes no matter how many hundreds of years may pass.