How Politicians Are Creating the Worst Economic Crash in History 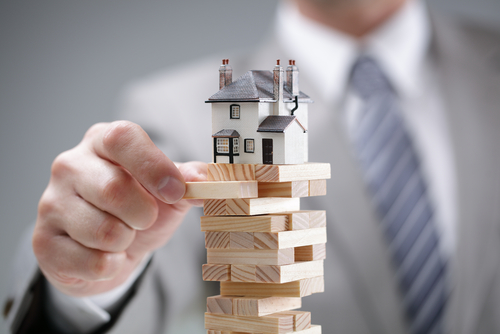 Politicians have totally and completely misunderstood the trends within the global economy and as a result, they are actually creating one of the worst economic debacles in history. I have explained several times that the bulk of investment capital is tied up in two primary sectors – (1) government bonds and (2) real estate. Because of income taxes, real estate has offered a way to make money in capital gains without having to pay income taxes.

Money has looked to park in real estate around the world for many various different reasons as in Italy it was the escape from inheritance taxes as well as banks or in Vancouver to gain a foothold for residency fleeing Hong Kong. In Australia, there was the Super Annuation Fund which allowed people to use retirement funds for real estate. In New Zealand, the new government wanted to declare foreign investment just illegal and in Australia, they made it a criminal act for a foreigner to own property and not inform the government they were foreigners. Over in London, they imposed taxes on property which created a crash.

People spend more when they believe that they have big profits in their home. The recession of 2007-2010 was so bad recording the worst of all declines since the Great Depression all BECAUSE it undermined the real estate values. People then spent less because they viewed their home declined in value. As taxes have been rising and the average home value collapsed, the velocity of money kept declining. Especially as real estate values declined and interest on savings accounts vanished hurting the elderly who saved money for retirement and discovered their savings were producing less income, the velocity of money just plummeted. The velocity of money began to turn up finally in the USA ONLY when interest rates began to rise. The retired could suddenly begin to make something on the savings for once in a very long time. This is something the ECB still has not figured out in Europe as it has wiped out both the elderly savings along with pension funds.

The USA targeted only New York and Miami requiring that title companies pierce corporate veils to discover who was really behind what. They did not impose taxes only on foreigners nor did they outlaw foreign ownership of property. This is also why the high-end market recovered, just not the average home on the street. Nonetheless, politicians have gone nuts imposing all sorts of regulations to outright making it a criminal act for a foreigner to buy property. What they are clueless about is this attack on the real estate market viewing foreign buyers as evil, is undermining real estate as a whole and that is what creates the worst economic decline in history. This undermines the banking system that has used real estate as collateral for mortgages and it undermines consumer spending because people save more when their property declines. 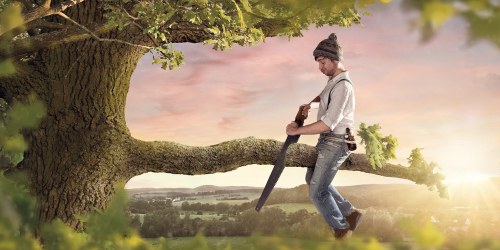 The politicians are actually creating the worse possible scenario for the economy going forward. Welcome to the new face of stupidity. They are so out there that it is like they are sitting on a branch of a tree and cutting the branch expecting the tree to fall. This is what they have done to real estate which makes even what Goldman Sachs did in 2007 child’s play.

Now add government borrowing which competes against the private sector and it only gets even more stupid.  Then we have brain-dead investors who actually think government debt is “quality” issued by idiots who have ZERO intentions of ever paying off their debt at any point in the future. Governments borrow year after year with no understanding what they are doing to the entire economy and how they are causing unemployment to rise with ever more taxes and more borrowing completing with the private sector on every level.

Then society elects people with absolutely ZERO business experience who in turn appoint academics who have wonderful theories that have never proven to have worked even once! And people wonder why I say they will never listen to prevent a crisis so we have no choice but wait for the Crash & Burn.