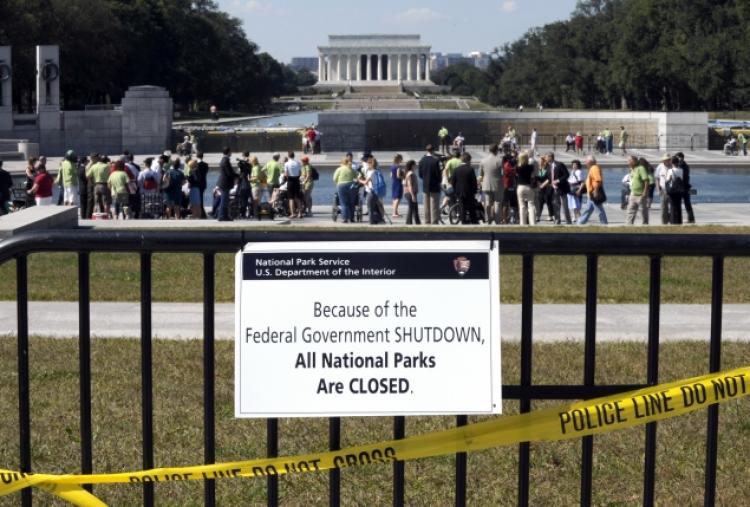 The Trump was preparing for at least a weekend-long partial government shutdown Friday night, expressing little confidence that Congress could pass a bill by the midnight deadline to keep the government open. Trump canceled a scheduled trip to his Palm Beach resort on Friday as he met with the top Senate Democrat to try to forge a deal to keep the government open past a midnight deadline.Back in 2013, Obama deliberately tried to cause as much harm to the country as possible to blame the Republicans. He went out of his way to disrupt the country even stopping tours of the White House which was absurd. Obama even went further than necessary to create as much havoc as possible. He put up temporary fencing around the National Mall which was a simple grass park that stretches from the Capitol to the Lincoln Memorial. It cost money to put up fences to stop people from walking on open grass.

If there is a shutdown, the closures would inflict far less pain on citizens this time because Trump has no intention of using it as a political weapon as was the case of Obama. The 2013 shutdown closed down many government functions for 16 days until House Republicans relented on their demands that a spending bill includes a repeal of the Affordable Care Act. Obama won and forced the Republicans to back down.

So here we are in 2018 and the Democrats are once again trying to hurt the country as much as possible to get their demands. Politics is just about confrontation. Why we have these budget confrontations with a debt ceiling is absurd. Nobody intends to stop spending and nobody intends to pay off the debt. Debt ceilings are always raised. Why pretend anyway?

« 60% of Japanese Girls Are Not Dating & Are Younger Girls Looking for Older Men a Return of the Cycle?
Quantity Theory of Money (QTM) & Its Failure »